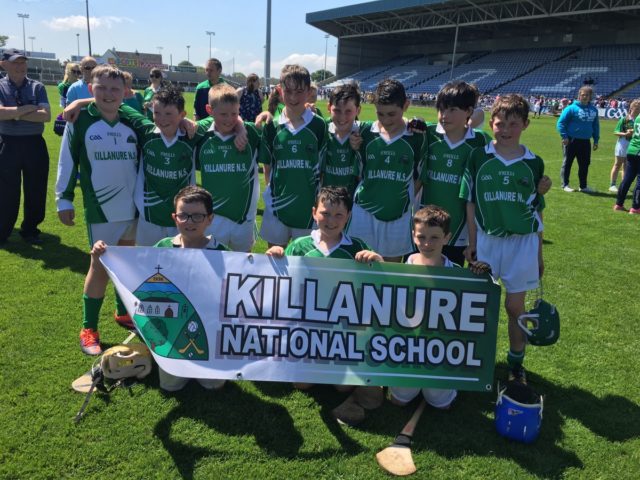 We didn’t need any reminder that they’re well able to hurl in Camross but the Killanure boys underlined their hurling pedigree with a seriously impressive win.

With a team packed with quality and serious hurling genes, they put on a fine display in the glorious sunshine in O’Moore Park. It also made up for the disappointment of their camogie team losing their final just an hour earlier.

Knock can hold their heads high in defeat however. Scoring 4-11 is no mean achievement and would win most games – indeed Conor Fitzpatrick and Liam Kehoe put in powerful performances.

James Cuddy got the scoring underway for Killanure when he pointed a long-range free and although Conor Fitzpatrick hit back with two points to put Knock into the lead, Killanure struck back in style.

James Cuddy levelled things up with a free and Kevin Byrne then got 2-1 in three minutes to put Killanure into lead they wouldn’t relinquish.

Ciaran Keenan then got in on the scoring act and he had 2-2 to his name by the break and with Byrne adding a third goal, Killanure led 5-7 to 1-6 at half time. All of Knock’s scores under the opening half came from captain Conor Fitzpatrick.

Liam Kehoe thundered into the game in the second half for Knock, scoring three great goals, but Killanure always had enough to spare and further goals from Byrne and Keenan as well as points from James Cuddy, Tom Cuddy and Ben Deegan ensured the win.