Ratheniska proved that goals win games as they got the better of neighbours Stradbally in the Division 5 Camogie final.

Ratheniska held Stradbally scoreless until the final few minutes of the encounter and by then, the game was well and truly out of sight for Stradbally.

Tara Byrne began the scoring for Ratheniska with a long range free while the same player also found the net a short time after.

Ratheniska added another goal before the break through Shannon Fitzpatrick to lead 2-1 to no score at half time.

The girls in green and yellow turned with the wind at their backs and added two more goals through Derinn Byrne and Keeva Fingleton.

They completed their scoring with a free from Tara Byrne and a second goal from Derinn Byrne to move eighteen points clear.

Stradbally never gave up though and they finished the game strongly with Fiona Fennessy and Grace Miller rattling the net but it wasn’t enough. 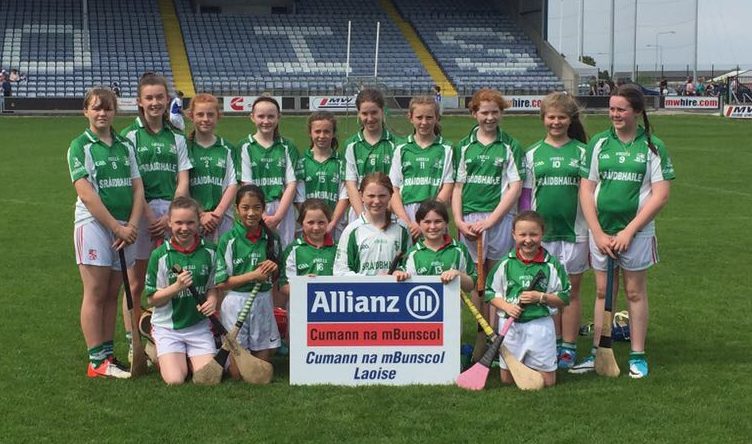