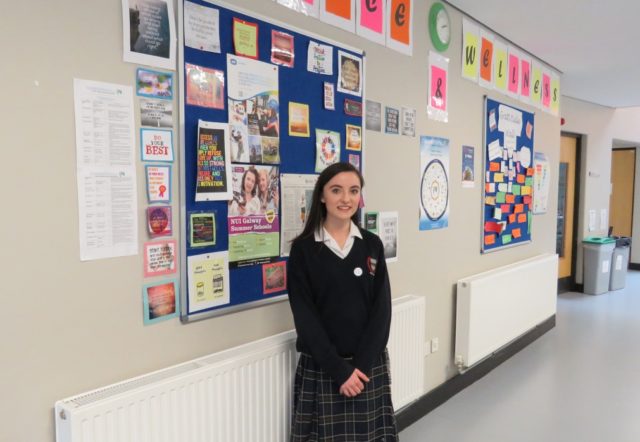 My body keeps threatening to doze off as I write this (after a solid three hours’ sleep), but that doesn’t take from my absolute delight at finally being finished with the exams.

At 4:45pm yesterday evening, I was finally freed from the clutches of the SEC (hopefully) forever. As for the three hours’ sleep, I chose to celebrate on the streets of the ever-rousing Portlaoise night scene.

Determined, I refused to give up on our, apparently over, week of summer by making the not-so-fantastic decision to wear flip flops. Many slippy floors and questionable dance moves later, I flattened myself on the floor of the Mixer and have spent my first day of freedom taking painkillers for the very bruised back that I landed myself with as a result. All self-inflicted injuries aside, the week off I had before yesterday’s Music exam was a sort of odd one.

It was as if I was in limbo, being kind of finished but also kind of not. Many a day was spent avoiding Bach’s Cantata like the plague, choosing instead to stay in bed till 12 and have Skittles for breakfast. No matter how much jealousy I had for those that finished before me, it became increasingly difficult to avoid study as the days went by.

Eventually, Thursday arrived. The Music exam is a long one, with an hour and a half listening paper followed by a 15 minute break, and then another hour and a half composing paper. Gerald Barry’s contemporary piano quartet was unfortunately predicted to come up as question one on the listening paper (the question worth the most marks), and sure enough the SEC didn’t disappoint.

For anyone unfamiliar with the piece, I suggest you look it up and have a listen in order to get a feel for my distaste at its presence in question one. Another option would be to just imagine what it would sound like if one were to record the end product of putting fighting cats in the same room as an orchestra tuning its instruments, as someone simultaneously dragged their nails along a chalk board. After my initial disgust, the questions themselves didn’t actually turn out to be too bad, and I was happy enough with them overall.

So now that I’m finally finished, I’m experiencing the weird anticlimax that everyone warns so much of. It’s just a bit bizarre to think that after two years of preparing, I have nothing to show for it until August 16 other than a pile of books that I’ll probably never look at again.

With all that said, I’m genuinely sad that my school days are over. I’m lucky in that my experience of secondary school was second to none, and that there are teachers and students that I’ll firmly miss seeing everyday.

Nevertheless, an excitingly unknown future awaits. I haven’t a clue where I’ll end up in five, ten or 20 years time, and while I can predict that the Empirical Rule, Keats, and Gerald Barry will probably not take up as much space in my head as they do right now, I can only hope that the brilliant parts of the past six years will stick with me.

Thanks for reading. Isabel.