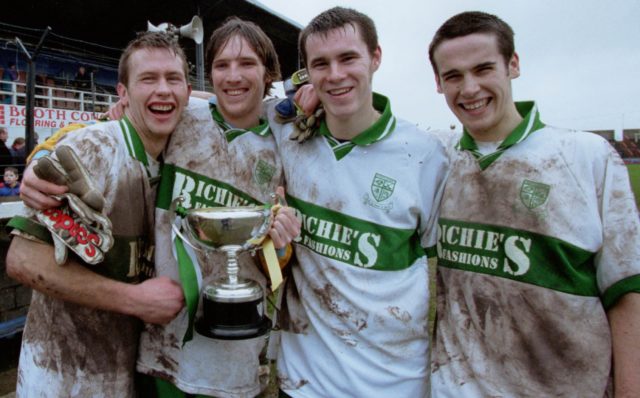 The U-21 club football championship is just meant to be played in horrible weather in the depths of winter.

17 years ago it was no different. Indeed back then it was a big deal if the final of a particular year was played in the year it was supposed to be.

On the last Saturday of January in 2000, Portlaoise won the 1999 Laois U-21 final, beating Crettyard Gaels by 3-6 to 0-9 in O’Moore Park. The pitch was in bad nick before throw-in and only got worse as things went on.

Crettyard Gaels – a combo of Crettyard, Ballinakill and Spink – were extremely competitive but first-half goals from Paraic Phelan and Kevin Fitzpatrick gave Portlaoise a 2-3 to 0-4 lead at the break.

A brilliant Michael Nolan save early in the second half was crucial for The Town and their third goal moments later from Eoin Browne put the game beyond Crettyard’s reach.

The win marked Portlaoise’s third title in a row and they would go on to win the next three as well. Indeed it was that run of success, followed by another three-in-a-row in 2005-2007, that spawned the nine-in-a-row senior generation.

Portlaoise were captained by Colm Parkinson and it brought the curtain down on a great season for the club that also saw them claim senior, junior and minor titles.

Incidentally the man in the middle for the game was Maurice Deegan, who was only starting out on his journey as a referee. It was his first county final to take charge of and he would go on to officiate at the highest level, including two All Ireland senior finals.