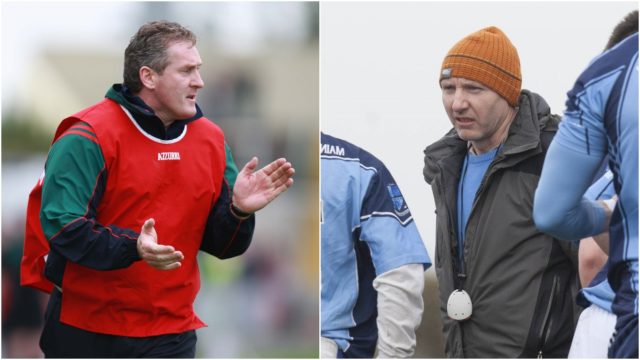 Following two very successful and eventful seasons, Rosenallis have appointed new managers over their hurling and football teams for 2018.

Ballyroan native Johnny Irwin has been named as their football boss with Birr’s Paul Murphy as confirmed as their hurling manager.

The appointments represent a bit of a change in direction for the club as they will have outside managers over both teams in 2018, following on from Paddy Dunne and Declan Conroy, the Rosenallis men who guided their footballers and hurlers respectively over the last couple of years.

Irwin was in charge of Arles-Kilcruise last year and managed Annanough to the intermediate final in 2015. He also previously was involved with Ballyroan when they won the senior title in 2006 and intermediate in 2013.

Paul Murphy also comes to the club with a good reputation having won the Laois senior hurling championship with Rathdowney-Errill in 2008 and spent time in charge of his home club Birr and Seir Kieran of Clareen.

Rosenallis enjoyed a glorious season in 2016 when they won the Laois and Leinster junior football titles as well as the Laois intermediate hurling crown.

Last year they reached both the semi-finals of the intermediate football and Senior ‘A’ hurling showing glimpses of their potential with early round wins over Timahoe in the football and The Harps in the hurling.

Indeed the club had another busy year in 2017 by reaching the Junior ‘B’ football and Junior ‘C’ hurling finals.