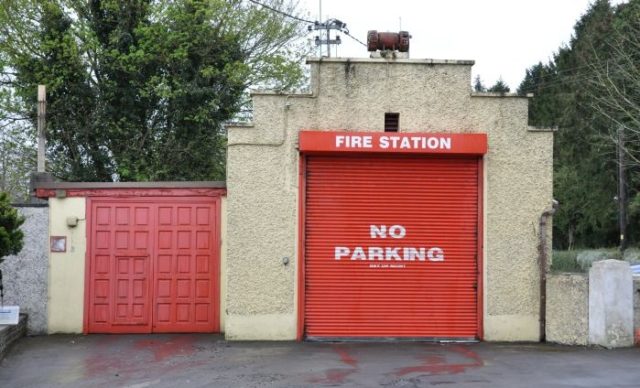 The plans for a new fire station to be constructed in Stradbally have been put on hold, despite a site being identified nearly two decades ago.

Councillors in the Graiguecullen/Portarlington Municipal District have agreed to now contact Minister for Justice and Laois TD Charlie Flanagan, to urge him to put pressure on the government to provide the urgently needed new station.

Councillor Paschal McEvoy raised the matter at last week’s Graiguecullen/Portarlington Municipal District meeting, where he called the Council to apply for funding.

He said: “They thought they need a new fire station in Stradbally 18 years ago, but we still have nothing. It disappeared off the capital programme and it hasn’t been seen since.”

Stradbally is the second busiest fire station in the county, after Portlaoise and that it is covering a very big rural area, including Athy, Vicarstown, Crettyard, Portlaoise and as far as Carlow, with the station being situated along the N80.

Cllr McEvoy also said that the conditions that the firemen are being faced with are terrible, and that it was unfair to these committed and hard-working men.

“They love what they do, but they are working in terrible conditions in a small, tight area. They save lives on a daily basis and they need a new station soon.”

Laois Chief Fire Officer Declan Power said that the council identified a suitable site in the early 2000s, which was given approval in principal.

The plan was then submitted to the government, who replied that the plan would be considered for future capital programmes, but then the recession hit.

He then submitted applications for the both Stradbally and Rathdowney to included in the fire service capital programme, but neither made the list, while there was upgrades announced for Mountrath and Mountmellick.

Cllr McEvoy proposed that the Councillors write to Minister Flanagan to try and push forward the plans, to which Cllr Tom Mulhall supported as well as the other Councillors in attendance.