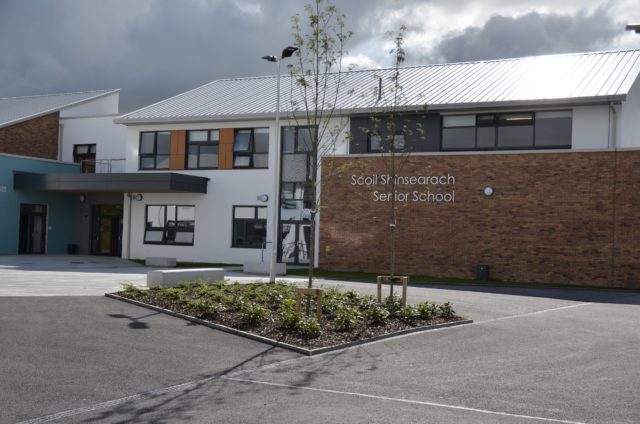 Serious action is needed in the form of parking places and set-down bays for the school campuses at Summerhill in Portlaoise, because the unsavoury parking situation at present is causing people choosing to go to different schools.

This was the statement issued by councillor Catherine Fitzgerlad as she called for the Council to enter discussions wit the Department of Education to purchase land for car parking near the new school campus in Aghnaharna.

“We’re all absolutely delighted with our new school campus, the Holy Family School and all the other schools in the area, but there is still a major problem with parking and dropping kids on and off at the schools,” said cllr Fitzgerald at the latest Portlaoise municipal district meeting.

The Portlaoise cllr said that people can’t get in or out of their homes in Beladd or Summerhill due to the traffic congestion at drop off and pick up times.

“People have no option but to park in the estate and if it is a wet morning it is absolutely still chaotic.

Cllr Fitzgerald asked if there land available to put in proper parking facilities in for the sake of all those involved.

“We have a fantastic facility available and we need to write to Minister Charlie Flanagan, all the TDs and press it with the Department of Education.

“We have to have this, it is absolutely crucial that we buy that land beside the school and put in proper parking, a park and ride, a laydown or whatever the case may be,” said cllr Fitzgerald.

Cllr Willie Aird said that there was land available adjacent to the school campuses and that permanent bollards are needed along the paths where there are now rows of traffic cones.

Meanwhile, cllr Pauline Madigan said the problem effects all motorists in the town during the school drop off and collection hours.

“I have been speaking to residents from Portlaoise if they get caught at all in that area, it has a huge impact on the town,” she said.