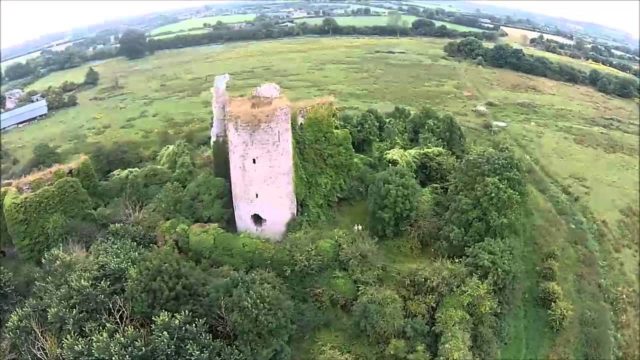 An ancient Norman and Gaelic chieftain stronghold on the banks of the River Barrow will one day be the centre-piece of a Barrow Blueway walk, that’s a big ambition of the Lea Castle Conservation Project.

The worthy aspiration will be just one of the items on the agenda of the group when they meet for their annual general meeting this evening.

The meeting will take place in the Library in Portarlington at 8pm, this Thursday, February 21. Everyone interest in the Lea Castle project, heritage and conservation of the historic fortress is welcome.

Lea Castle, strategically located along the banks of the River Barrow is a settlement which dates back to the 12th century and incorporates an ancient church and cemetery too.

Since the medieval castle was first established about 1260 it has changed hands and experienced mixed fortunes over 800 years. From the Normans to the O’ Kellys, the Fitzgeralds, the O’ Dempseys and the O’ Moores all laid claim to the strategic site at one time or another.

Situated just off the Lea Road on the Laois-Kildare border between Portarlington and Monasterevin the castle, it’s surrounding village and church were essentially destroyed when attacked and sacked by Cromwellian forces in the 1650’s.

It never returned to former glories, although the nearby cemetery was in use up into the 19th century.

Today the site of Lea Castle remains in private ownership, while the adjacent historic cemetery is public property.

David Orford of the Lea Castle Project explains: “While the castle is located on private property we are constantly hopeful that through negotiations we can advance our aspirations to have it conserved and protected so that no further deterioration occurs to this important historic castle.

“In the interim we are forging ahead with other related aspects of the project.”

These include a feasibility study on ambitious plans to have Lea Castle as the focal point of a 12km to 15km Barrow Blueway walk from Portarlington to Lea and connecting in the opposite direction from the Spa Bridge onwards to the Derryounce trails and lakes.

The objective would be at some stage to feature a viewing platform at the castle to help put the river and the surrounding landscape in context.

The proponents of the project are grateful to the Heritage Council, Laois Partnership and Catherine Casey, the Laois County Council Heritage Officer for their support and encouragement to date.

In more recent times Lea Castle featured as one of the film locations for the hit movie, ‘Into the West’ in 1992, written by Jim Sheridan and starring Gabriel Bryne. The disused Savoy Cinema in Portarlington was also used in the film.

The Chairman of the Lea Castle Conservation Project is Steven Kiely; the secretary, Celia Deverell and the treasurer is David Orford, who says everyone who is interested is welcome to come along tonight, “We are always looking for volunteers.”