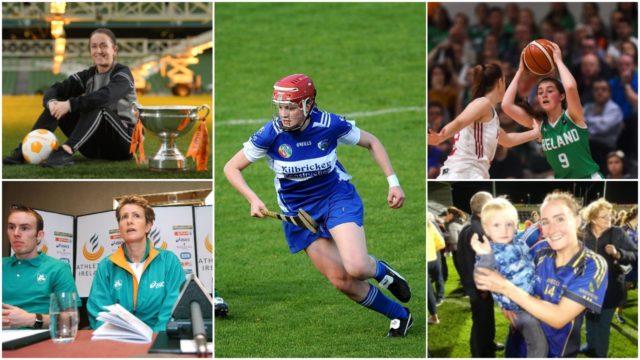 To celebrate International Women’s Day and the nationwide 20×20 campaign to promote women in sport – we have begun a new interview series.

This series of interviews has been conducted with a range of  female sports stars in Laois.

We wanted to tell the stories behind much of these sports stars successes – from Olympians to All-Ireland winners, from those beginning their sporting careers to fully-fledged All-Stars.

Among the interviews we have lined up so far include:

We aim to showcase the best competitors in their chosen discipline, asking them about what it takes to get there, and what they believe can help improve their sport.

The 20×20 campaign is about increasing the visibility of women’s sport in Ireland.

The targets for the campaign are:

At LaoisToday, we are trying to constantly improve our coverage of women in sport since we began in 2017.

In 2018 we covered; fixture releases, team announcements, schools’ games, awards nights, captain’s interviews, guides to the games, club finals, Feiles, Leinster finals and we’re looking forward to carrying this into 2019 with more knowledge and experience than before.

Our ‘Women in Sport’ interviews will be published weekly, with one interview going every Friday for the forseeable future.