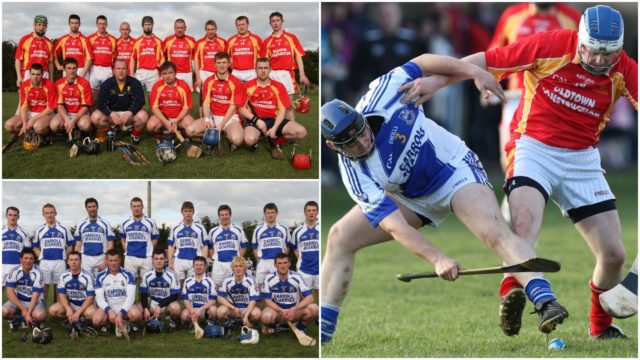 The final of the 2011 Palmer Cup between The Harps and Castletown-Slieve bloom was played in ideal conditions in Shanahoe.

A hugely impressive first half display from The Harps, which saw them lead 2-15 to 0-2 at the break, set the foundations for a comfortable 13 point victory to claim the Palmer.

With the exception of two points the first half, this was a ruthless 30 minute siege on the Castletown-Slieve Bloom defence.

Brian Galvin pointed an early free to initiate the onslaught.

Its fair to say that the onslaught may not have taken place had it not been for the sheer class and pin point passing from Brian and Conor Dunne.

Both played a pivotal role in each attack and defensive move. As well as that, John Brophy was certainly the in form player, already a perfect three for three success rate from frees.

The Harps were impressively 13 points up in the first 18 minutes.

Any notion of Cuddys point sparking a comeback was squashed immediately from Brian Galvin pointing from the resulting puck out .

John Brophy wandered in on goal, before generously unleashing the ball to Shane to claim the goal.

At half time it was clear that the 19 point deficit was to great of a mountain for any team to climb, which meant the game was essentially over as a competition.

Nevertheless, Castletown-Slieve Bloom showed a tremendous commitment level in the second half.

In the six minutes after the half Castletown-Slieve Bloom gave The Harps a taste of their own medicine as they went all out, and accumulated 1-3.

But The Harps wouldn’t be denied as they claimed glory.