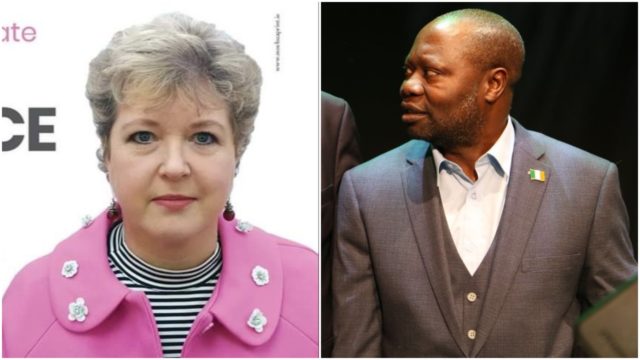 Two brand new candidates have declared to run in the Portlaoise electoral area ahead of the the Local Elections on May 24.

The deadline for declarations closed at 12pm on Saturday and two Independents have put in their papers to take the total number of candidates contesting for the seven available seats to 16.

Judy Preston Grace and Timothy Adejumo have put themselves forward.

Judy Preston Grace lives on the Borris Road and is listed as a part-time recruitment officer.

She is a community activist who was involved with the Citizen’s Information Centre in Portlaoise.

Timothy Adejumo is listed as a bus driver and comes from Fieldbrook on the Dublin Road.

He was pictured alongside Minister for Justice Charlie Flanagan at one of three ceremonies at the Convention Centre in Killarney, Kerry where 2,400 from 90 countries became Irish citizens during the week.

Mr Adejumo was also photographed at that event alongside former Mayor of Portlaoise Rotimi Adebari.

It had been believed that Mr Adebari would contest the Local Elections in Portlaoise but the deadline for nominations closed without his name going forward.

Nigerian-born Rotimi Adebari was elected as the Mayor of Portlaoise in 2007 after being elected to the Town Council in 2004.

He then gained a seat on Laois County Council in the Portlaoise Electoral Area in 2009, but lost it in 2014 – despite gaining 948 votes.

As it stands, nine candidates have declared to run in the Portarlington/Graiguecullen area with 14 candidates listed for the Borris-In-Ossory/Mountmellick area – both of which have six seats on offer.

However, nominated 2019 Local Elections candidates who decide change their mind about have up until 12pm on Tuesday to withdraw their nominations.

As of now, 39 people have put themselves forward across the three districts to contest for the 19 available seats – but this may well decrease by Tuesday.

Local election candidate details posters outside County Council offices in Portlaoise (just one candidate on these that I haven’t yet got on my lists – Timothy Adejumo (Non Party, Portlaoise) #LE19 pic.twitter.com/sPDAcssaMU