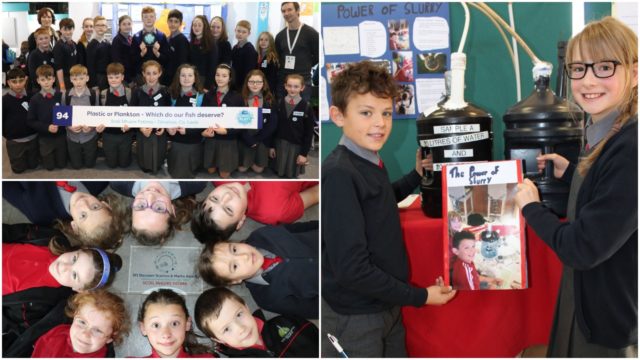 The students and staff of Timahoe NS ended the school year on a high with the announcement that for the ninth consecutive year, the school has been awarded the DPSM Excellence in Maths and Science Award.

The DPSM (Discover Primary Science and Maths) is a programme run by the Science Foundation of Ireland which aims to increase interest and engagement with STEM (Science, Technology, Engineering and Maths) in primary schools.

The prestigious award is presented to schools who display a log of evidence in meeting prescribed STEM activities.

Some of the activities include taking part in national science competitions such as RDS Science Blast and the Intel Mini Scientist Exhibition, carrying out hands-on practical science experiments and investigations across all the science curriculum strands, doing maths trails, learning about computer coding and receiving visits from STEM experts.

Many of these activities were undertaken during Science Week, Maths Week and Engineers Week as the school were required to show engagement with these national events.

The students of Timahoe NS got to enjoy all these activities and more. Much much more.

The school has now exhibited 8 years in a row. The 2019 project was called ‘Plastic or Plankton? Which do our fish deserve?’ and was all about preserving our oceans from plastic pollution.

Inspired by the documentary, ‘A Plastic Ocean’, the children set about exploring different ways to help solve the plastic pollution problem in the world.

Their research told them that there were two main ways plastic pollution could be solved, changing behaviour around plastic usage and endorsing the use of bio-plastics.

They even had Dr Rachel Kavanagh from the Amber Centre at Trinity College down to help.

Aisling Ramsbottom was the winner of the school Intel Mini Scientist exhibition and went on to win the regional final and take second place in the All Ireland competition, a remarkable achievement, and the 5th consecutive Intel national award for the school.

While these two national events were highlights of the science year, it was the on-the-ground initiatives taking place in Timahoe NS that really earned the award.

Throughout the year there was a major focus placed on practical, hands-on experiments and investigations across all classes. This ensured a ‘science for all’ ethos and was a great success.

The second Wednesday of every month was dedicated to science experiments and each classroom became a laboratory for the afternoon. These afternoons became known as ‘Wonderful Wednesdays’ such was the enthusiasm of the children.

Another key ingredient to the successful development of science education in Timahoe is the key relationships the school maintains. One of these relationships is with Carlow IT and allows the children to attend brilliant workshops such as ‘Eureka’ during Science Week.

Fingelton White Consulting Engineers are another organisation which help out with Science education in Timahoe.

They send engineers out to the school during Engineers Week every year and this year Cathal C. Fennell gave a great presentation to the children of 3rd and 4th Class.

Science Coordinator Michael Mc Evoy was delighted with the award and stated that it was “a highly significant award for the school as every child from Junior Infants to 6th Class took part in the programme, ensuring a shared experience for everyone.

“It also involved a great team effort from staff members and is a great way for us all to finish up the school year”.