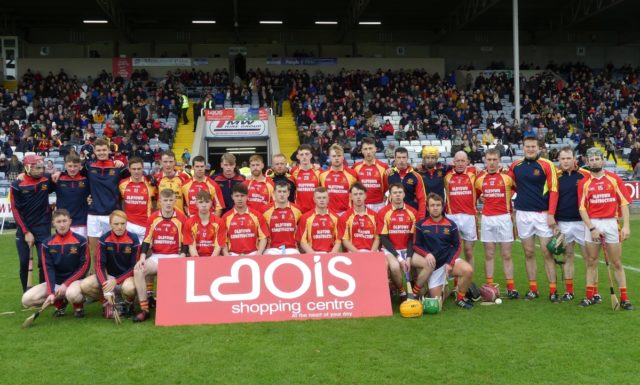 The Harps were pinned as the team to beat in this year’s senior ‘A’ championship, and this is now even more so the case after a six point victory against Rosenallis tonight.

This opening game of the senior A championship promised a great deal, with both sides being strong contenders in the chase for the second tier crown.

Indeed nothing could separate the teams at the interval, going in 1-8 to 11 points at the break.

Rosenallis, without the aid of a suspended John Lennon, went five points ahead in the early stages of the game – The Harps much were slower to get out of the blocks.

A Ciaran Comerford goal buried into the corner of the Rosenallis net narrowed this lead by two, and the men in green’s advantage was wiped out come the 30 minute mark.

Both sides will be disappointed with their shot selection in the first half, particularly with two missed goal chances by The Harps in the early stages of the game.

Fintan Deegan’s men hit a purple patch in the opening minutes of the second half, using Pauric Dunne as a sweeper to cut out any loose play, while a Brophy goal made all the difference.

Rosenallis almost had a goal chance after three minutes, with Walter Murphy plucking a ball from the air and emerging through the crowds, only to be fouled outside the box. Captain Paddy Keating pointed the resulting free.

A similiar sequence of events occured for Rosenallis’s next score, Murphy using his dominance in the air to catch, being fouled and Keating pointing the free.

The Harps’s first appearance on the scoreboard came after eight minutes, Lanigan pointing a placed ball from 45 metres out.

Keating returned the favour for Rosenallis and as the game ticked into the minute, there were four points on the board, all from frees.

It was Rosenallis’s Joe Keating who recorded the first point from play, quickly followed by Laois man Podge Delaney and Donnagh Callaly raising the white flags.

The Rosenallis full-back had dominated in space, but an error in judgement from a handpass made easy pickings for Podge Delaney to point The Harps’s third of the evening.

Paddy Keating and Laois minor Conor Cosgrove replied for Dan Gilmartin’s side, but another Laois man, Ciaran Comerford, cut Rosenallis’s lead to two with a plummeting strike into the left corner of Stephen Kelly’s net.

Indiscipline from Rosenallis meant three frees converted by Lanigan and The Harps led for the first time after 20 minutes.

Two of the Keating brothers, Joe and Tom, made sure this wasn’t the case as they fired Rosenallis to 0-10, while Jack Conroy displayed his physicality in midfield.

Ciaran Comerford’s sliotar across the field was brought down by John Brophy, who found Richie Saunders in yards of space to point The Harps to 1-8.

However Cosgrove launched his own attack less than a minute later to bring the sides level just before the break – 0-11 to 1-8.

Eoin Clancy opened the scoring in the second half, Podge Delaney laying off the ball to his full-forward inside.

It was Clancy who then set up the next crucial passage of play. His pass to John Brophy saw Brophy run through one-on-one for goal, hitting the back of the net and bringing The Harps to 2-9.

Rosenallis began running into cul-de-sacs in The Harps defence, while Lanigan and Brophy converted from a free and play respectively.

Rosenallis did manage to get on the board through Thomas Keating and a long-range Paddy Keating free, but seemed to be losing the battle in their forward line which included Pauric Dunne as a sweeper.

Captain Keating kept the points ticking over for the men in green, with a fine long-range effort and close-range free given as Ronan Murray was fouled running through on goal.

This left The Harps just two ahead on the 47 minute mark. Murray then earned a second free which Keating converted before Delaney replied at the opposing end – leaving The Harps on 2-12 to Rosenallis’s 16 points.

Rosenallis almost had a goal on, Donnagh Callaly’s effort just skimming over the posts, while Delaney and Murphy traded two high-flying efforts.

Brophy, C Comerford and Darren Maher boosted The Harps’ lead to six points, while Peter’s Walsh save on C Fennell kept Rosenallis goal-less for the game.

This winning start for Fintan Deegan’s men tees them up nicely to push on and go one better than last year. 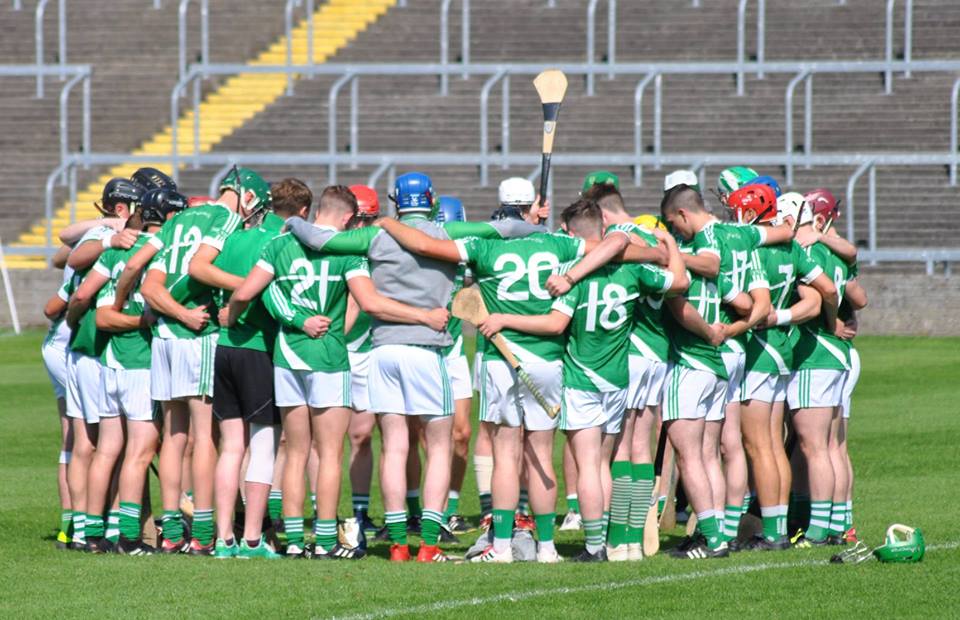