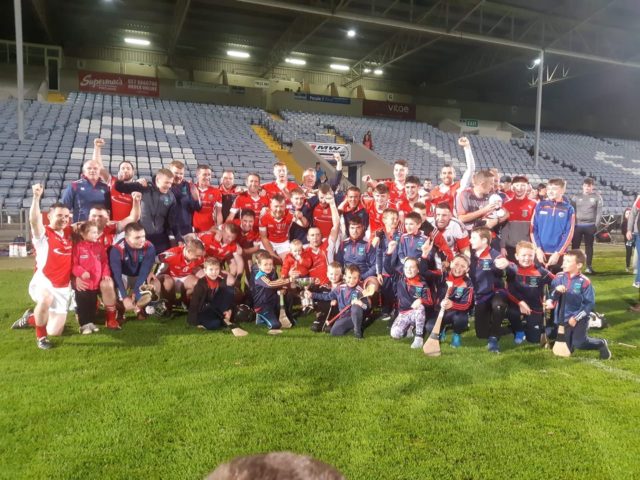 Mountrath are the 2019 Laois Shopping Centre Junior ‘B’ champions after a well-earned victory in O’Moore Park this evening over their close neighbours and rivals Camross.

The result completes a league and championship double for Mountrath as their second-half scoring spree saw them take home silverware, move up to the Junior ‘A’ ranks for 2020 and overturn the loss to Camross in the opening round of this competition.

For Camross this defeat marks their third final loss in a row in this grade as they were beaten by Mountmellick in 2017 and Kyle 12 months ago.

Mountrath began the game on top and Luke Cusack fired over the game’s first score with a superb score before Killian Kirwan then fired over another from play.

Daniel Delaney got Camross’ first score from a free after seven minutes as they began to get going in the game.

Brandon Russell was superb from placed balls throughout the game and he fired over two in a row to give his side a three-point lead.

Russell fired over another two frees before Robert Delaney and Niall Bennett replied for Camross.

Luke Cusack then produced a moment of brilliance as he skillfully fired over a sideline cut.

Daniel Delaney and Russell traded placed balls before Daniel Delaney fired over another two frees to leave his side down by one at the break.

Joseph Ryan got Camross going in the second-half after a good run. Two points from Meade and yet another Russell free gave Mountrath a three-point advantage.

Russell having been 100% from frees was given the task of taking a penalty after Peter Rice was fouled. Russell’s penalty lacked any conviction and was well saved by Niall Cuddy.

Russell with yet another free with Robert Delaney replying from play. O’Keefe scored yet superb score before Russell slotted over another two frees.

James Doran and Russell (free) ended the game’s scoring and made Mountrtath deserved Junior ‘B’ champions. 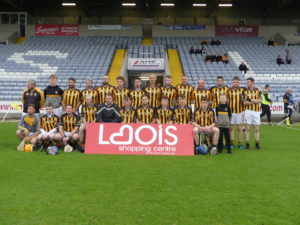 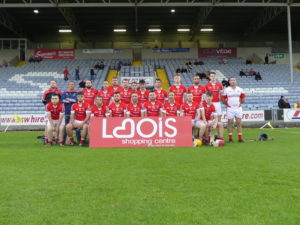 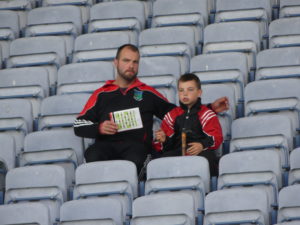 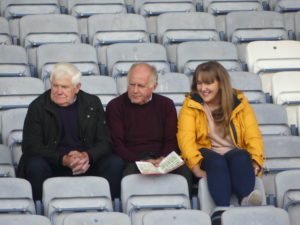