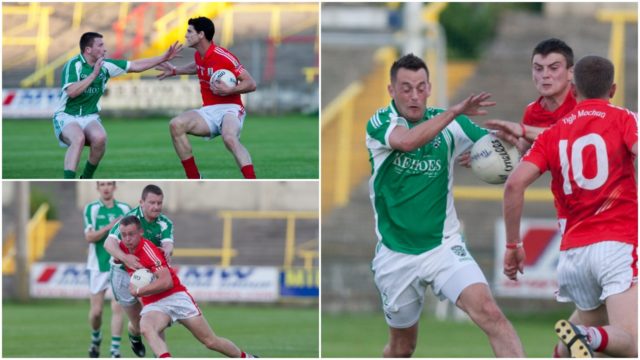 For this Remember the Game, we look back on Timahoe’s first-round victory over bitter rivals Stradbally in 2012.

In an enthralling encounter, Timahoe got the better of Stradbally to take the bragging rights for that year.

Stradbally played with the wind and scored the first four points of the game. These four-points showing that they wanted to take the bragging rights from the off.

Cormac Delaney and Colm Kelly fired over the first two-points. A wonderful score by Kelly and a fisted effort from Gary Kavanagh put his four points up with ten minutes played.

Timahoe showed good resiliency and went on to score six unanswered scores after been held scoreless for the first ten minutes.

Robbie Foyle, Ruairí O’Connor and Ramsbottom fired over one each. Using his physical presence , Clancy got three points; two superb points from play and one from a placed ball.

Stradbally would be the happier of the two teams going into the break. Padraig Fitzpatrick set up Cormac Delaney to fire past Eoin Culleton at the second attempt, Culleton making a fine save, but Cormac Delaney made no mistake with the rebound.

Delaney tapped over another point when he could have went for goal. This meant his side went into the break with a two-point lead.

Timahoe came out with the bit between their teeth in the second-half. They leveled the game thanks to two points from Clancy and Ruairí O’Connor.

The game was nip and tuck with Kelly and Ruairí O’Connor firing over for Timahoe to give them the lead. Gary Kavanagh and Cormac Delaney leveled up the game with 45 minutes on the clock.

Stradbally got their second goal of the game after a great run by John O’Donoghue was finished off by Cormac Delaney. Cormac Delaney raising the green flag for the second time. Kelly tacked on another two points as Stradbally began to take control.

Timahoe had to do something and quick. They opted to move Ramsbottom into the square and this proved effective.

Ramsbottom was denied superbly by Damian Delaney after he made a superb catch. The resulting 45 from Clancy dropped into the square where Mikey Delaney tapped the ball into the net.

Timahoe were now back in the contest and it set the game up for a thrilling finale.

Kelly fired over a free to leave a goal between the sides. Clancy and Fitzpatrick traded two wonderful scores as Stradbally looked to have quelled the Timahoe fightback.

There was three points between the teams with three minutes left as Timahoe pushed for a goal.

Clancy fired a ferocious shot towards the bottom left corner only for it to be deflected. However, substitute PJ Kelly was on hand to punch the ball into the back of the net to send the Timahoe crowd ecstatic .

With the game there to be won, Damien O’Connor showed his class as he fired over two points having won two opposing kickouts.

Stradbally needed to find a goal from somewhere and after being awarded a 14 m free, Kelly unleashed a rasping shot which was blocked by the Timahoe defence.

Joe Brennan blew the final whistle as the Red Shirts jumped for joy after such an encapsulating finish to the game.