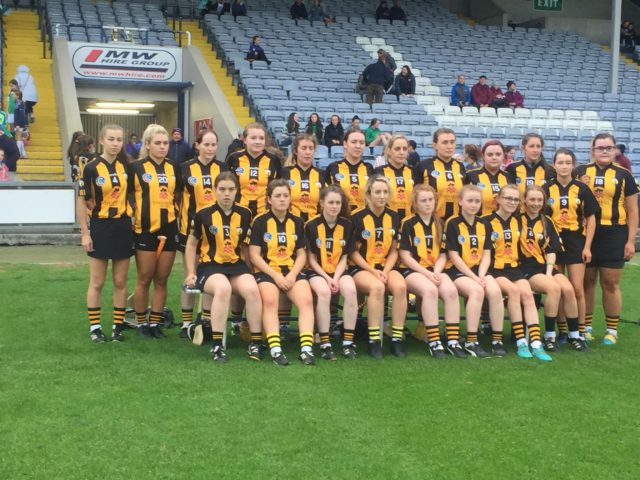 Camross are the Laois Camogie Junior champions for 2019 after a superb victory over a brilliant Portlaoise side.

In a match overshadowed by thunder and lightning, it was Camross who got off to a lightning start as Laura Drennan’s 45′ ended up in the back of the net.

Both sides were finding their feet in terrible weather conditions with Portlaoise getting their first score in the 11th minute courtesy of Rebecca Reddin.

Good play involving Grainne O’Reilly allowed Jane Ward to fire over for Portlaoise’s second point. Sarah Fleming was putting a great shift at full-back as she came out with the ball time and time again.

Camross got in for their second goal as Ainé Cuddy fired the ball beyond Chloe Norton in the Portlaoise goal. Therese Keenan got in for Camross’ first point shortly after.

Midfielder Amy Byrne got Portlaoise’s first goal after her long-range free evaded everyone and ended up in the back of the Camross net.

Camross got another goal as Kira Bannon lobbed Chloe Norton with a delightful flick. Portlaoise were awarded a penalty shortly after with Amy Byrne firing over the bar.

Camross would strike for goal on the stroke of half-time. Courtney Lally tapping into an empty net as Camross went to the break ahead by seven points.

Portlaoise started the second-half on the front foot with Byrne firing over a free and Erone Fitzpatrick getting for goal. Camross did strike for their fifth goal in between the Portlaoise scores as Ainé Cuddy was played in Courtney Lally to raise another green flag.

Substitute Rachel Glynn made an instant impact as she rifled the ball into the net. Portlaoise were back in the game and only behind by three.

Byrne pointed another free to take her tally to 1-4 before Camross sealed their victory with a 45′ from Aoife Collier.

Camross were worthy winners of the first Laois Camogie Junior title and they showed their class all over the park. 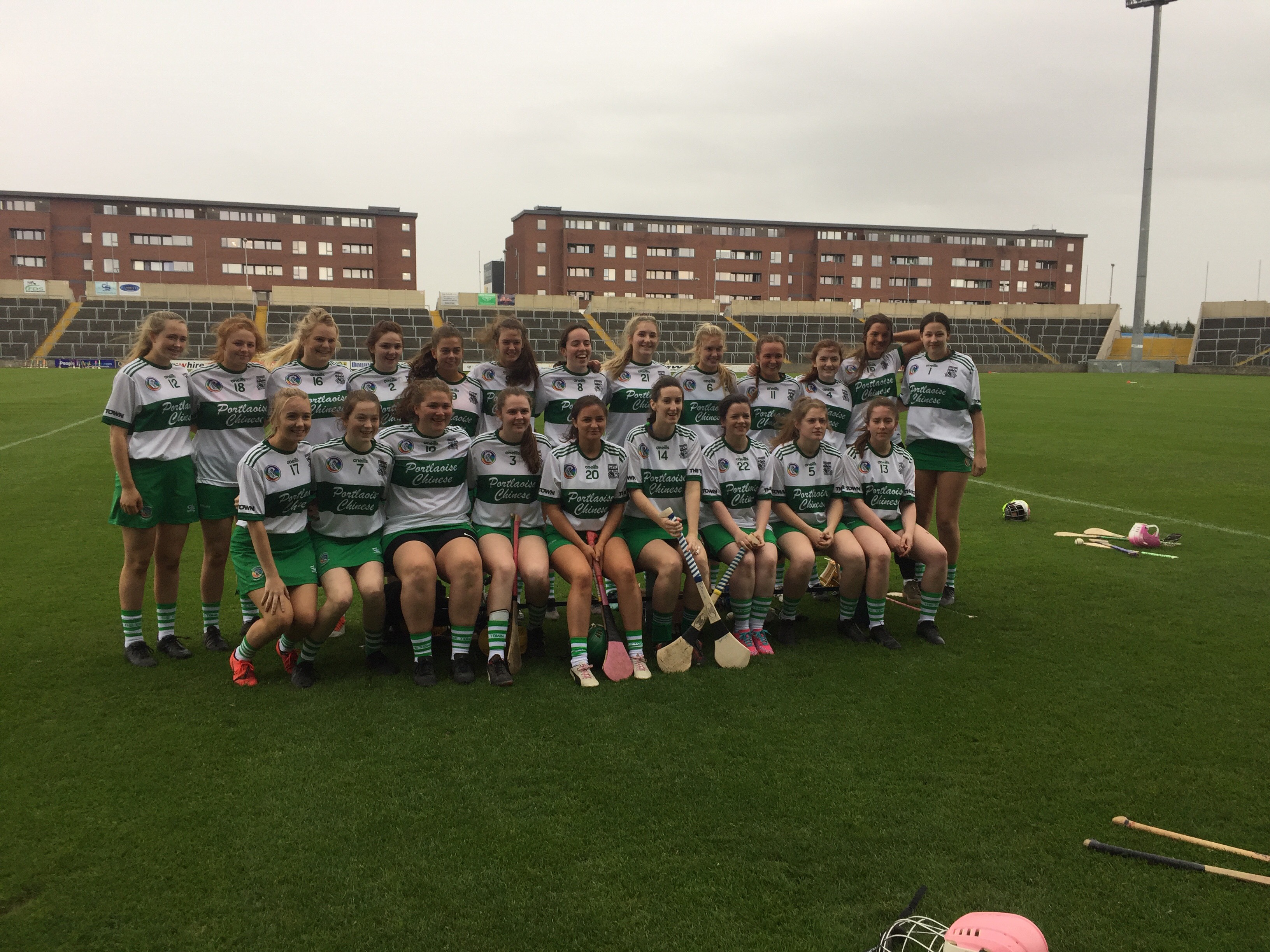 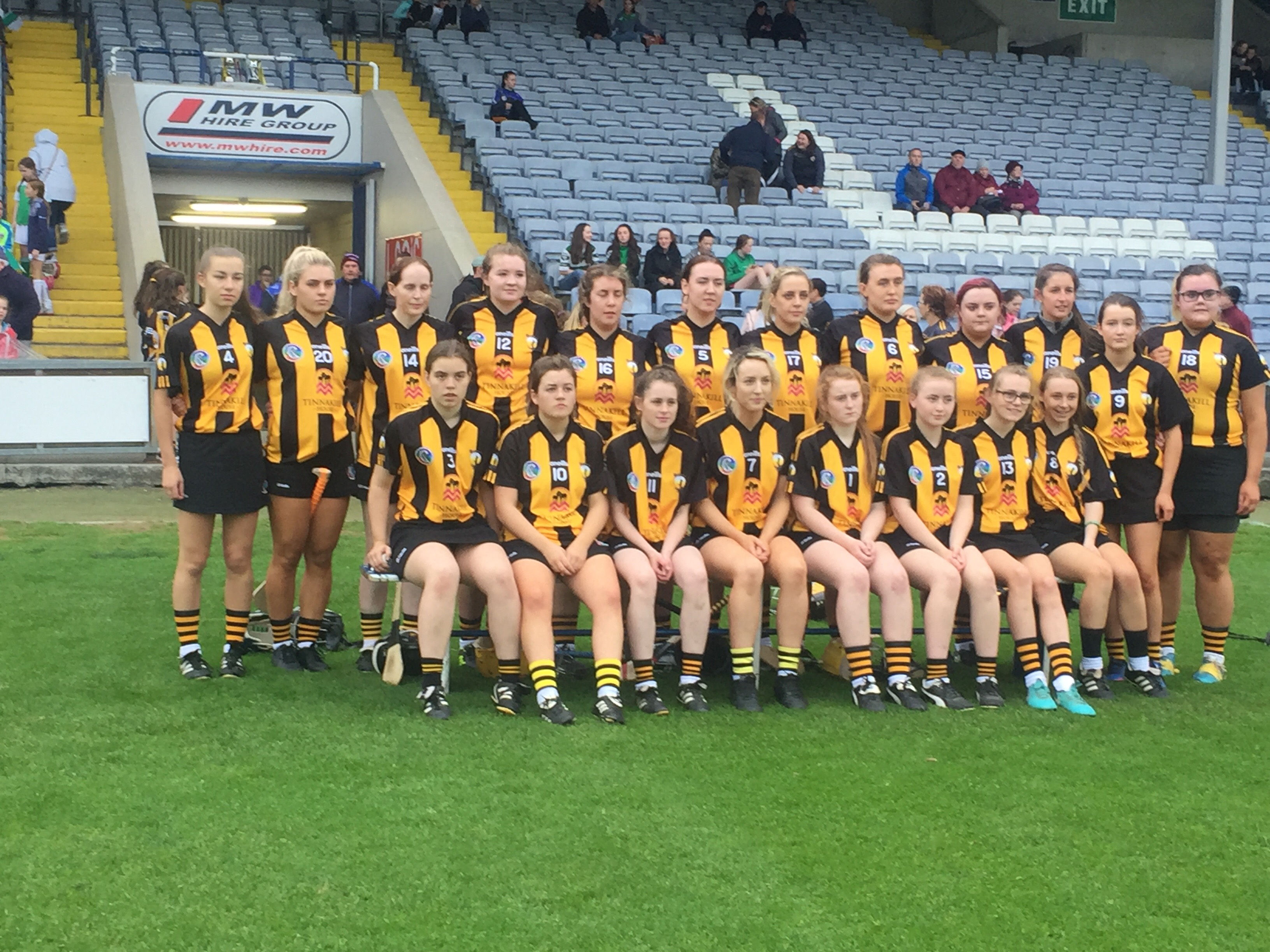