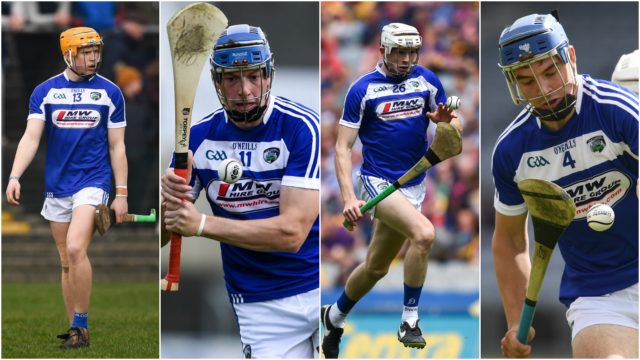 The Laois hurlers play their first game of the 2020 season this Sunday when they take on Carlow in the Walsh Cup – but manager Eddie Brennan will have to plan without a number of players, who are unvailable for a variety of reasons over the next couple of months.

We reported a while back that Cha Dwyer and Ben Conroy wouldn’t be involved as they are going travelling but it has also emerged that Stephen ‘Picky’ Maher has opted off the panel while Eanna Lyons and Mark Kavanagh are facing a spell on the sidelines because of injury.

Lyons did his cruciate in recent weeks and is likely to miss the entire 2020 inter-county season while Kavanagh is also due to have a knee operation that will keep him out until March. Given that timeline it is unlikely that he will play any part in Laois’s league campaign.

Kavanagh, Lyons, Maher and Dwyer all featured in the three big games of last summer – against Westmeath, Dublin and Tipperary so their loss will be keenly felt.

Lee Cleere is also an absentee at the moment as he continues his recovery from a health setback last summer while Eddie Brennan also confirmed that Lorcan Burke, Mark Dowling and Andrew Mortimer have opted off the squad also.

Among the new faces involved at the moment are Fiachra C Fennell from Rosenallis, Portlaoise duo Frank Flanagan and Ciaran McEvoy, Ronan Broderick and Diarmuid Conway from Clough-Ballacolla, Paul Simms from Ballinakill and Clonaslee’s Liam Senior.

Rathdowney-Errill’s James Ryan, who played championship in the 2018 season under Eamonn Kelly, has returned to the squad having not been involved in the Joe McDonagh Cup success.

The team named for Sunday includes a number of those new faces.

Brennan says that it’s “frustrating in a way” that there is such a level of turnover.

“The lads coming in are replacing the lads that aren’t there instead of adding depth to the panel which is what you want.

“We’re going up a notch in the championship and every team in the Leinster championship next year will be targeting us.

“If you look at the stronger counties, they are all operating off very big squads of 35 to 40 with very little turnover.”

While Brennan says the door isn’t closed in terms of players coming in to the panel, his foucs is on the guys he does have at the moment.

“We’ll be down Mark and Eanna for the league, two of our top forwards, but that is going to give a challenge and an opportunity to someone to step up.”

Due to sheer lack of numbers, Laois didn’t travel to play Dublin in the opening round of the Walsh Cup last week but that game has been re-fixed for after Christmas.

For Sunday’s game, Brennan brings his threadbare squad to Netwatch Cullen Park in Carlow for a 2pm throw-in.