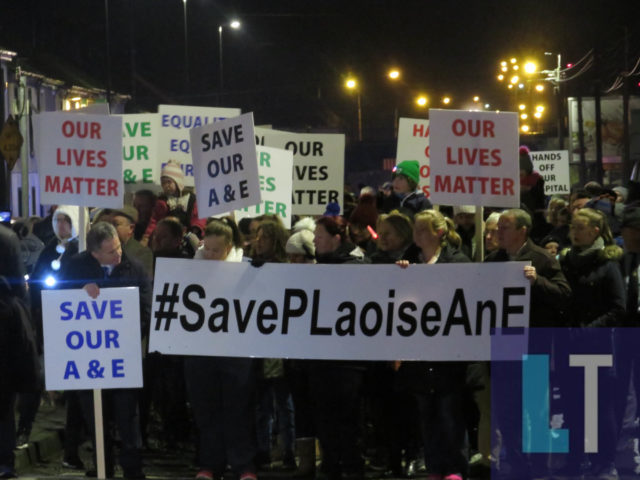 Minister Charlie Flanagan met with his colleague Minister for Health Simon Harris this week in relation to the future of Portlaoise Hospital and has said that any HSE decision to remove services or downgrade the facility will be superseded by the Government’s Sláintecare plan.

“I am pleased to say that Minister Harris made clear to me that any health service reform or reconfiguration will only take place within the implementation of the Slaintecare plan for regional health areas,” said Minister Flanagan in a statement.

“I also had a successful meeting with members from Portlaoise Hospital Action Committee this morning. (Friday, December 20)

“The Minister for Health Simon Harris, has made it clear that existing reconfiguration plans are superseded by Slaintecare and that any health service reform or reconfiguration will now only take place within the implementation of the Slaintecare plan for regional health areas.

“He also confirmed there will be no decisions made which would reduce capacity in the health service at a time when there is clearly high demand and pressure on Emergency Departments around the country.”

Minister Flanagan highlighted the need for ongoing investment at MRHP, while acknowledging the opening of the €8 million facility this year in the shape of the Medical Assessment Unit and Day Ward unit opened in January of this year.

This development was funded with a €7 million capital investment and additional revenue for medical and nursing staff.

Link corridor ‘Hospital Street’ (from AMAU to Emergency Department) with an investment of €900,000 was also opened.

Urgent priorities such as the improved and enhanced entrance to the Hospital and the conversion of the former Chapel for administration use must be advanced, he said.

Minister Flanagan also stressed that the budget for MRHP continues to grow having increased by 44% since 2012 to €65m. Similarly, the growth in staff numbers continues as there are now 752 positions – an increase of 35% in five years.

“I am pleased that Minister Harris confirmed that he is proceeding with a consultation process on Portlaoise Hospital in order to provide an opportunity to patients, clinicians, staff and the local community to give their views on service configuration in Portlaoise.

“This is an important step to move on from the uncertainty which has hung over the hospital and to allow the voices of the people who are closest to the service to be heard.”