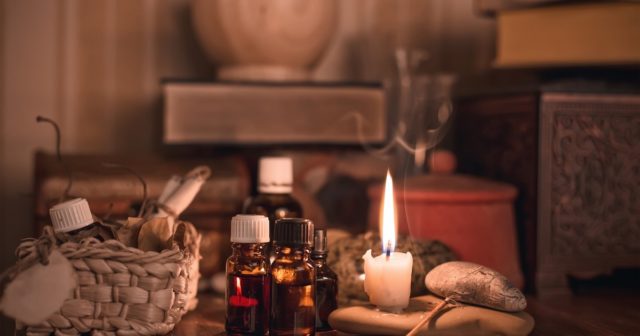 Calls have been made to protect complementary and alternative medicines and treatments and their practitioners from the possible impact of proposed new legislation.

Proponents of alternative remedies, herbalists and other complementary therapies fear the effects of the draconian legislation being considered by the Government could ultimately prevent them from practicing.

Their cause has been taken up by Cllr Aisling Moran and she has rallied some support from her colleagues on Laois County Council in a bid to have the worst excesses of the planned new laws tempered.

Otherwise she believes it could impact negatively on access to such treatments as acupuncture, reiki and other holistic therapies.

At issue is the Treatment of Cancer (Advertisements) Bill 2018 which is being vigorously proposed by Fine Gael TD, Kate O’ Connell, herself a pharmacist.

The proposed legislation is also challenged by groups such as the Irish Association of Master Medical Herbalists (IAMMH) who fear that unintended consequences of the legislation as it’s currently drafted could curb or restrict entirely their ability to practice. The main training college for the IAMMH with its third level accreditation is based in Portlaoise.

Cllr Moran has called on the Health Minister Simon Harris to amend the proposed legislation with a view to it being more inclusive of holistic medicines.

“As it stands this Bill excludes all other forms of treatment bar conventional medicine which in the main is driven by the pharmaceutical industry,” maintains Cllr Moran.

However, Cllr Moran emphasised that in principle she supports the primary objective of the Bill but not the far reaching unforeseen consequences it may contain in terms of a blanket clampdown on complementary and alternative medicine.

“I think what this Bill is trying to achieve in the main is correct. There are plenty of people out there that take advantage of people when they are at their most vulnerable. We’ve all heard of the guy who claims they can cure a cancer in weeks by praying it away.

“Advising sick people not to have the surgery, eat this shrub and I can cure you. In some cases medical drugs are the only proven cure. But some natural medicines work alongside them and can help stop the feeling of nausea, maybe help ease the pain. Our citizens have the right to choose what form of care and treatment they wish to pursue. Or what form of treatment they would like to use alongside conventional medicine.

“This Bill lists those professions that are allowed to be involved in the treatment of cancer, those registered as medical Doctors, Dentists, Nurses and Midwives, Pharmacists and medical or social care. All from the pharmaceutical side.

“They prescribe pharmaceutical drugs. There is no mention of acupuncturists, Reiki masters, holistic therapies, natural remedies from the alternative medicine side. And I believe there is a place for both conventional and alternative or complementary medicine.

“It appears to me that this Bill, is leaning towards the conventional medicine which is driven in the main by the pharmaceutical industry. We cannot allow this to happen. There is a place for both, as has already been proven.

“The Bill seems to be a step backwards, as it is looking to rid our society of any treatments other that those produced by the pharmaceutical industry,” contends Cllr Moran.

“In other words this is the start of a multi-billion euro industry having the monopoly of care and treatment of serious illnesses, where will it stop.

“I also find it interesting that the introduction of this bill coincides with the rise in use of medicinal cannabis in Ireland, and the possible legalisation of this natural product.

Cllr Caroline Dwane-Stanley seconded the proposal to have the legislation amended to facilitate alternative medicines as appropriate.

“I thing Deputy Kate O’ Connell of Fine Gael is coming at this with her Pharma hat on and trying to squeeze out the medical herbalists and others who are qualified in this area,” suggested Cllr Dwane.

Cllr Ben Brennan said he supported Cllr Moran’s motion “one hundred per cent, as what the Government are trying to do here is totally wrong.”

Cllr Aidan Mullins said he appreciated and supported the intent of the motion before them but that he for one was not medically qualified to speak with any great authority on the issue.

“The big pharmaceutical companies are promoting their drugs and their medicines and sometimes they have the GPs in their back pocket, but it is important to prevent false advertising around cancer cures and faith healers preying on people who are unwell,” he discerned.

“I never heard of any practitioner of herbal medicine claiming to have a cure for cancer. This legislation as it stands is merely a gateway to banning any alternative treatments,” she contended.