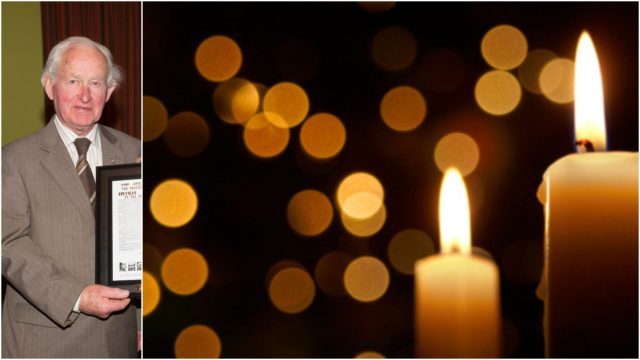 The death has occurred of Portarlington’s Niall McElwaine, a much-loved community man and a former principal of St John’s, the town’s ‘Tech’.

Mr McElwaine was originally from Fanad in Donegal but was very active member of the Portarlington community and was one of the driving forces behind the development of Portarlington Swimming Pool which was built in 1974.

He was also heavily involved in a number of local groups and organisations including Comhaltas and St Vincent de Paul.

Niall passed away suddenly this week in his home on the Station Road in Portarlington.

Reposing at his residence (eircode R32 NW62) on Thursday from 3pm with Rosary at 8pm.