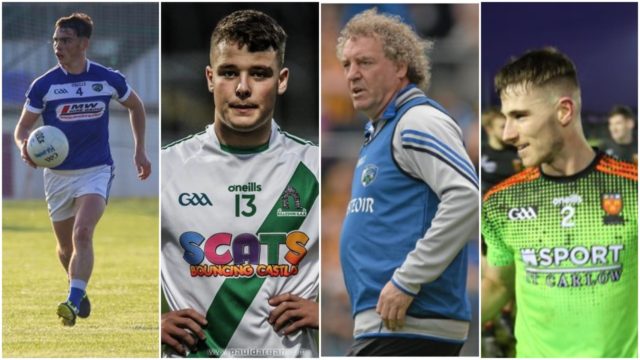 IT Carlow are through to their first ever Sigerson Cup final following a dramatic victory over Letterkenny IT this evening in Iniskeen.

A late, late goal from Kildare’s Adam Stead was the historic strike for the side managed by Portlaoise native Pat Critchley.

In a cagey opening half, IT Carlow headed for the dressing rooms trailing to the Michael Murphy managed Letterkenny outfit by 0-5 to 0-4.

Letterkenny extended that advantage on the resumption of play but a Laois man turned the tide as Evan Lowry struck for the game’s first goal after 42 minutes.

Cian Farrell crashed a shot off the crossbar but Lowry was on hand to tap in the rebound to give IT Carlow the lead.

Padraig O’Toole and Chris Byrne extended the advantage to five and although Letterkenny narrowed the gap to three with the game in injury time – it looked over.

However, drama would unfold as, in the first minute of injury time, Letterkenny levelled the match as Caoimhinn Murphy slapped home a goal.

But there was one more twist as Farrell sent a ball to the back post for Stead to poke home the winning goal – 2-9 to 1-9 in the end.

It caps a truly remarkable day for manager Critchley who, just a couple of hours earlier, managed Scoil Chriost Ri to All-Ireland glory.

They won the U-19 ‘A’ School’s Basketball title defeating Our Lady of Mercy Waterford in the decider.

And Critchley’s men will take on DCU in the final next Wednesday night after they had a stunning win over rivals UCD.

Ballylinan’s Gary Walsh started for UCD and kicked a point but they were no match for DCU, with whom O’Dempsey’s Mark Barry was an unused substitute, as they lost out 1-15 to 0-3.

Roll on the final!