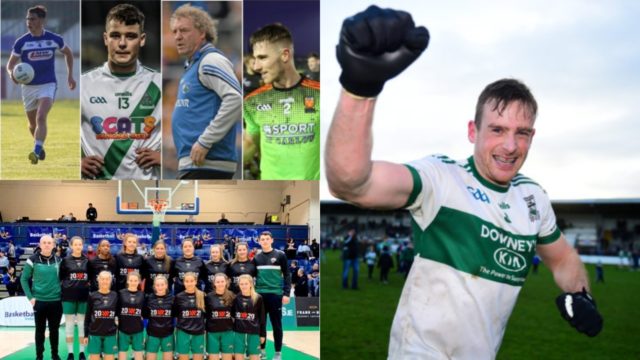 We are back with this week’s bumper Sport’s Podcast and there was much to be discussed.

Steven Miller is joined once again by Alan Hartnett and Aedín Dunne as they have a look back at the last week of sport across the county.

Up first was the weekend’s Allianz National League action where Laois took on Roscommon in a dramatic encounter in the football league while the Laois hurlers welcomed Davy Fitzgerald’s Wexford and put in a good performance.

Also on this week’s agenda, there has been talk of the GAA looking to ban WhatsApp groups and Alan weighed in on the topic.

The Sigerson Cup final had a huge Laois connection last night with three Laois players to the fore and lead by two great Laois men, Pat Critchley and Pat Rowe.

Colt-Shanahoe got the go ahead and the new system is explained.

Finally, we spoke about the National Cup Basketball final weekend to finish up and Aedín talks all things Portlaoise Panthers.