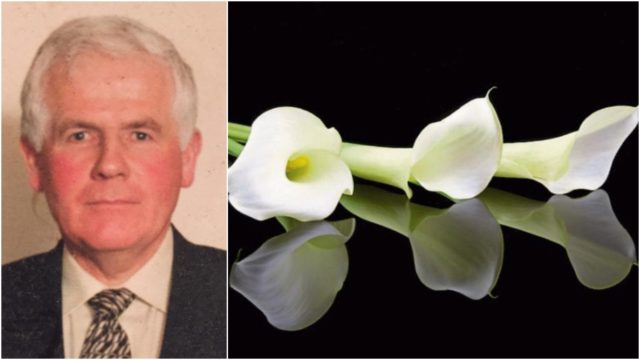 The death has occurred of Sean Miller, originally from Vicarstown, but a long-time resident of Derrygarron outside Portlaoise.

Fondly remembered as a gentleman and highly-regarded, he passed away last week after a long illness.

His funeral took place in Portlaoise on Sunday, with burial afterwards in The Heath.

The poem Lovely Vicarstown was read at the end of the mass prompting Monsignor John Byrne to say, “Sean was very proud of his roots and his home place in Vicarstown but also very much embraced a new community and parish in The Heath.”

A large crowd attended his funeral mass with a guard of honour provided by members of Annanough GAA club, whom Sean played with for many years.

He was a member of the club’s team that won the intermediate football championship in 1978.

Sean was from the Millers of Glasshouse family and is mourned by his loving wife Maura (nee Hargroves) and daughters Sharon and Edel.

He is predeceased by his sisters Eileen and Rita and sadly missed by his brothers Robert, Jimmy and Christy, sisters Sheila, Julia and Marie as well as brothers-in-law, sisters-in-law, nieces, nephews, relatives, neighbours and friends.