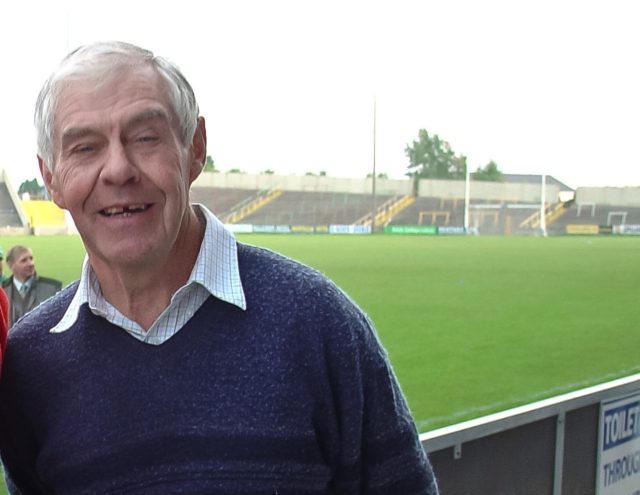 The death has occurred of Jimmy Rafter, Clonmeen, Errill. Rathdowney-Errill GAA club, through official Alex Stenson, have sent us the following tribute.

Rathdowney and Errill lost one of its most enthusiastic and well-loved Gaels on Saturday last, March 14, with the sudden passing of Jimmy Rafter.

It not only left a sense of gloom over his much beloved Rathdowney and Errill, but throughout the County and beyond.

Throughout his long-life, Jimmy served the Gaelic Athletic Association in almost every conceivable capacity, player, selector, referee, groundsman, administrator and county board delegate and throughout his life has represented the association with a dedication that underlines his passion, enthusiasm and voluntary commitment to the GAA.

Jimmy was first introduced to competitive hurling through the schools league, and it was during this time that he developed a passionate interest in Gaelic Games.

Acknowledged as an exceptionally skilled player, extremely fast and a great scorer. He had immense natural talent for the game, strength, durability and, above all, he possessed a hurling brain.

He spent his early career with Errill/Graigue. A centerfield/forward to be feared, he was a valued member of the Championship winning Minor team of 1957 (Rathdowney/Errill combination). He represented Laois at minor level that year and in 1961 made his senior inter county debut against Kilkenny.

Transferring to Rathdowney in 1964, his arrival saw our senior team begin to compete at the top level, contesting the Senior hurling finals of ’66 and ’69.

He had a lengthy playing career and in 1974 played a leading role in the club securing the Laois junior title.

Alongside him that day, in the full forward line, were Paddy ‘Budgie’ Maher and his friend of many years, Tommy Hickey.

When his playing career ended, Jimmy’s administrative qualities were duly recognized by the Club, representing the Club at County Board level for a long number of years.

He was also Treasurer of our juvenile Club. But it will be for his contribution to the promotion of the game amongst our younger generation that he will always be remembered.

In whatever capacity, he gave his time unsparingly to the cause of Hurling spending his spare time coaching the youngsters in the skills of the game, skills he himself had in abundance, helping many Rathdowney-Errill teams to Championship success.

His sons, PJ and Rory were all exceptional hurlers, his legacy is there for all to see.

A hugely popular and respected figure, he will be sorely missed. To his wife, Joan, P J, Rory, Margaret and their families our sincere sympathy.

His mass will be streamed from the Church of the Holy Trinity, Rathdowney, at 2pm today (Wednesday), followed by burial immediately afterwards in Bealady Cemetery.