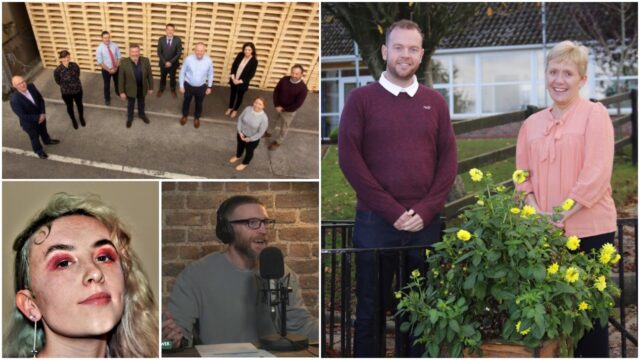 Joe.ie GAA Hour host Colm Parkinson has issued an apology to both Eddie Brennan and Laois GAA over the airing of an off the record chat between himself and the Laois hurling manager on Monday.

The candid exchange involved Brennan being highly critical of the workings of the County Board and also specifically towards some individual members.

Tributes have been paid to a Laois principal following her retirement.

Olga Hyland closed the door on Clough National School and crossed the road to her home for the final time a couple of weeks ago.

CJ Sheeran Ltd – Ireland’s largest pallet manufacturer who have their headquarters in Mountrath – have announced that they have acquired Coolrain Sawmills in a deal signed late last week by Mark Sheeran, MD of CJ Sheeran and Declan Hutchinson, MD of Coolrain Sawmills.

It is a significant piece of business for CJ Sheeran Ltd, which will take its overall number of employees to about 250 with Coolrain Sawmills having about 70 workers at its base near the village of Coolrain outside Mountrth.

The Laois GAA executive met on Wednesday night where they discussed at length Brennan’s highly-critical but off-the-record remarks about the county board that were broadcast by mistake on the show hosted by former Laois footballer Colm Parkinson.

A Laois teenager with a quite simply incredible voice has released her first ever single.

17-year-old Béibhín O’Driscoll, Bayvinn, is a young singer from Timahoe who recently ‘What Doesn’t Kill Me’ to the world.

Gardai and a Laois business have paid tribute to members of the public after four stolen quads were located on their help.

Late on Friday night, a Suzuki Kingquad and a Honda 500 Foreman and two Cam Am 450, all brand new, were stolen from JK Autos in The Heath.

7 – Property Watch: Five homes currently for sale in the west part of Laois

In this week’s Property Watch, we’ve picked out five houses that are currently for sale in the west of the county, taking in Mountrath, Coolrain, Camross and Borris-in-Ossory.

A young Laois man has upped sticks and moved to Italy to play rugby in a bid to carve out a professional career for himself in the game.

Craig Adams, who started his rugby career with Portlaoise and played football with Park-Ratheniska and Laois at underage level, recently signed for the Torino rugby club, a semi-professional set up in the division below the top level in Italy.

The Laois hurlers were knocked out of the the All-Ireland championship for 2020 following an agonising and heart-breaking one point loss to Clare in Nowlan Park last Sunday afternoon.

Laois played with an extra man throughout the second half following David McInerney’s dismissal and they embarked on a desperate comeback that just fell short.

10 – Sadness in The Heath at the passing of Murt Treacy

The death has taken place of William ‘Murt’ Treacy, a former teacher in the vocational school in Portlaoise and a widely respected member of his local community in The Heath.

Murt worked as a maths teacher in the old ‘tech’ in Portlaoise and Portlaoise College as well as The Heath GAA club and Laois GAA were among those to pay tribute online.