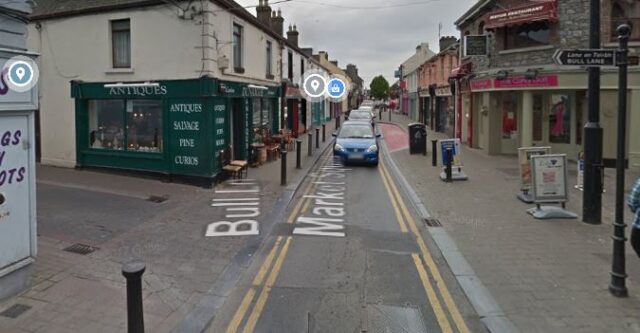 Two major County Council led projects planned for Portlaoise are set to be delayed due to Covid-19.

These are part of the ongoing drive for urban regeneration in Portlaoise town centre.

The first project centres on Bull Lane and Hynds Square, with the second being phase 2 of the Portlaoise Cultural Quarter-Fort Protector.

Works on Bull Lane and Hynds Square were due to commence on Monday February 8 and last for 10 weeks – but that is now unlikely to happen.

The current restrictions in place on construction mean that only worked deemed ‘essential’ can be carried out – but this work does not fall into that category.

Speaking to LaoisToday, senior engineer with Laois County Council, Wes Wilkinson, confirmed that the works will not, most likely, now take place on that day.

He said: “With the current restrictions set to remain in place until March 5, it is unlikely that our programme of works will begin as scheduled.

“We will have meetings in the coming days that will, most likely, confirm a new date.”

Whenever it does begin, the project in the Hynds Square and Bull Lane areas will be carried in a number of phases.

Phase 1 will involve the works on Bull lane starting from the junction with Main Street and ending at Brown’s Fruit and Vegetable store.

Pedestrian access will be maintained to the retail units during Phase 1. Car parking bays from the Wool Shop to The Bookmark store will be used for parking of construction vehicles and materials.

Phase 2 will involve the works on Bull Lane starting from Brown’s Fruit and Vegetable store and ending at the Wool Shop.

Pedestrian access will be maintained to the retail units. Car parking bays from the Wool Shop to The Bookmark store will be used for parking of construction vehicles and materials.

Phase 3 will be split into three parts. The first will involve the works on Main Street to construct the proposed table top ramp between the kerb lines.

These works will involve the closure of Main Street, a diversion route will be in place, including a reversal of traffic flows on Church Street, and pedestrian access will be maintained.

Part 2 will involve the works to construct the footpath on the Bull lane side of Main Street.

While part 3 will involve the works to construct the footpath on the Hynds Square side of Main Street.

Phase 4 will include footpath works to Hynds Square and cleaning of the remaining existing paving in Hynds Square. Pedestrian access will be maintained.

And Phase 5 will include the removal, cleaning and relaying of existing paving on Main Street from No 44 to the junction with Church Street.

It was originally mooted that it would start in mid-March, but this will most likely be pushed back too.

This will involve works from Fitzmaurice Place up to and including the roundabout on Tower Hill (near the cinema).

Conservation works will begin with the Old Fort wall to improve its visual setting, presentation and prominence. There will also be the addition of landscaping elements to green the urban environment and improve the public realm.

Reconstruction of footpaths to provide additional space for pedestrians will also take place while the public lighting in the area will be updated.

Materials and finishes will harmonize with the materials in used at Fitzmaurice Place while ESB cables will be moved underground. Road crossing points will also be provided for pedestrians.