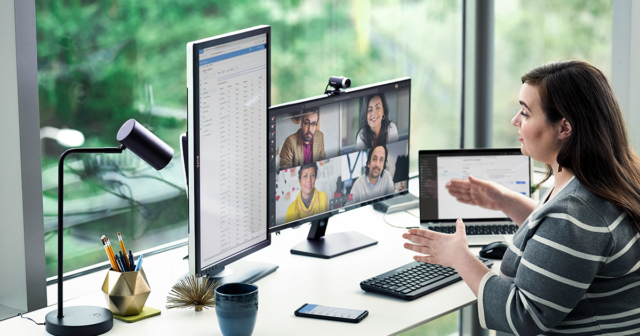 Working from home could become a permanent option for thousands of Laois commuters after the Covid-19 pandemic ends.

This is according to Fianna Fail TD Sean Fleming who says many businesses and Government bodies throughout Ireland are examining including remote working as an option on a permanent basis.

This potentially, according to the Minister for State, could be a major benefit to many of the 12,000 Laois people who normally commute to work in Dublin and other areas outside of the county on a daily basis.

He said: “Many companies and public bodies are exploring the option of a blended working arrangement including some time working on site and some of the time at a remote location, which in many cases may involve working from home for part of the week.

“This may be an opportunity for many Laois people to cut down on the hours they spend travelling to work five days a week.

“Any reduction in the number of days people spend commuting long distances to and from work will improve their quality of life, general wellbeing and time with their family.

“It is important that people continue to go out to work on a regular basis and not be housebound as too much working from home can interfere with home and family life.

“The issue of a blended working arrangement can help productivity and also benefit employees.

“This is an issue that is being considered carefully by the Government for when we all come out of the Covid pandemic.”

But one of the major drawbacks to working from home in some parts of Laois is the lack of good broadband coverage.

This is something that Laois Sinn Fein TD Brian Stanley raised in the Dail with Taoiseach Micheal Martin recently.

He said: “Some households are located in so called “blue areas’. These are supposed to be already services by commercial Broadband providers and not in need of a connection to the National Broadband Scheme. The reality is they are not.

“A problem arises whereby people are in neither the intervention area nor the blue area. The blue areas are the areas that are supposed to be serviced already by existing companies and networks, such as the metropolitan area networks.

“The problem is that the maps show households and businesses that are supposed to be in the covered areas, mainly on the edges of villages and towns. I have constituents in Laois and Offaly who cannot get a broadband service from a private provider.

!I have raised this matter with National Broadband Ireland and the Minister and a stock reply keeps coming back. What I am trying to get across to the Taoiseach is that many of the affected individuals are self-employed and are trying to run small businesses.

“They have children who are home-schooling and they cannot get a broadband service anywhere. This needs to be resolved. The broadband scheme, as constructed, is flawed and there are flaws with the maps. It is not good enough for National Broadband Ireland to write back to me saying it is tough luck.

“What we need is action. We need to get broadband to houses, businesses and farms across the midlands, including Laois and Offaly, and the rest of the country.’’

Taoiseach Micheál Martin replied: “The Government is very committed to the roll-out of broadband.

“Obviously, broadband is essential, particularly in enabling people, including the self-employed and businesses more generally, to conduct their work. It is essential for those who are working at home and students who are studying.

“I am referring to the nature and importance of connectivity. I will relay to the Minister what has been said here by Deputies, including on communication from the Department on areas designated on the blue map.”

Commenting after the Dáil debate Brian Stanley said: “This issue must be addressed by Government as there are families and businesses in rural areas that are missing out on this vital service.

“We were told that high speed broadband would be provided to every home and premises under the plan, therefore those without a service and that are not included in the intervention area cannot be left behind.”