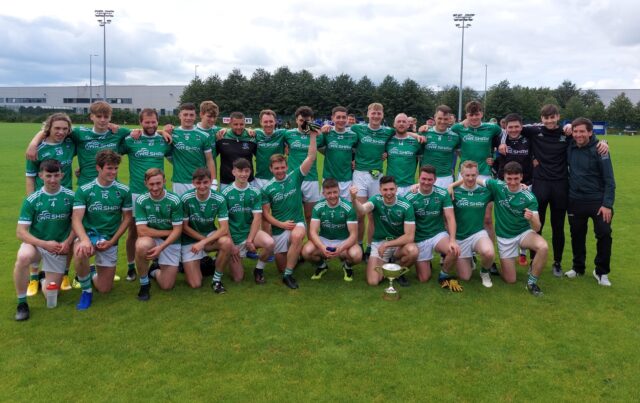 Rosenallis claimed the Division 2 title and promotion to Division 1B for 2022 as they had the one goal to spare over Mountmellick in the Centre of Excellence this afternoon.

In a thoroughly entertaining game that wasn’t decided until the final whistle, Rosenallis just had that little bit extra quality that saw them over the line in the end.

But Intermediate side Mountmellick will be heartened by their display against their senior opponents and will be hopeful that more of this will be enough to finally see them return to the top grade later this year.

Niall Mullen got Mountmellick off the mark with his first free of the day but Rosenallis’ direct running caused Mountmellick problems throughout.

Brian Fitzpatrick and Joe Shelley pointed before a mazy run from Donnagh Callally forced an excellent save from Mountmellick goalkeeper Eoghan Keogh.

Mountmellick responded well and they took the lead through a Colm Coss goal. Finn Culleton rounded his man to set up Coss who smashed the ball home.

However, Rosenallis replied with a goal of their own two minutes later. Fiachra C-Fennell turned over Ger Reddin and Rosenallis countered at speed.

Brian Fitzpatrick’s shot came back off the crossbar but Ronan Murray was on hand to score the rebound.

Just after the water break, Rosenallis could have had their second but this time it was Colm Poole’s turn to be denied by Eoghan Keogh.

Mountmellick were winning midfield and they kicked scores from Mullen and Darragh Hanlon but Rosenallis took the lead through their second goal.

Determination from Marcus Redmond set up the dangerous Brian Fitzpatrick and he made no mistake as Rosenallis took a narrow 2-3 to 1-5 lead after 23 minutes.

Fiachra C-Fennell kicked the next score while off-balance near the sideline from 40 yards to lift the Rosenallis crowd but Mountmellick responded through two Mullen frees.

Shelley and Mullen swapped points in injury time to leave the scores level at 2-5 to 1-8 at the break.

Coss pointed from distance in the opening minutes of the new half before Eoghan Keogh pulled off a great save, this time from a Ronan Murray effort.

Donal Lalor nailed a 45 for Rosenallis before they got their third goal. A great ball from Callaly put Fitzpatrick through and he finished low into the net.

To make matters worse for Mountmellick, Darren Fitzpatrick was shown a black card a minute later.

Momentum was firmly with Rosenallis and they pointed through Callally and Poole to give them a six point lead.

However, Mountmellick then got a well needed goal. An accurate long ball from Coss resulted in an even better cross-field pass from Finn Culleton and Mullen blasted home on the turn.

Murray pointed for Rosenallis just before the second half water break and Mountmellick were now back to 15.

Mullen pointed another free but then Rosenallis went on a run as gaps started to appear in the Mountmellick defence.

Mountmellick began pushing for a goal and Paddy Keating hit them on the break with an outstanding individual score.

With 60 minutes on the clock a goal-line scramble tackle from Rosenallis gave Mountmellick a penalty and a lifeline. Colm Coss had his penalty saved but he tapped home the rebound.

Mountmellick won the kick out and went in search of another goal to level the scores but it didn’t come and Rosenallis ultimately ran out three point winners after an incredibly dramatic Division 2 final. 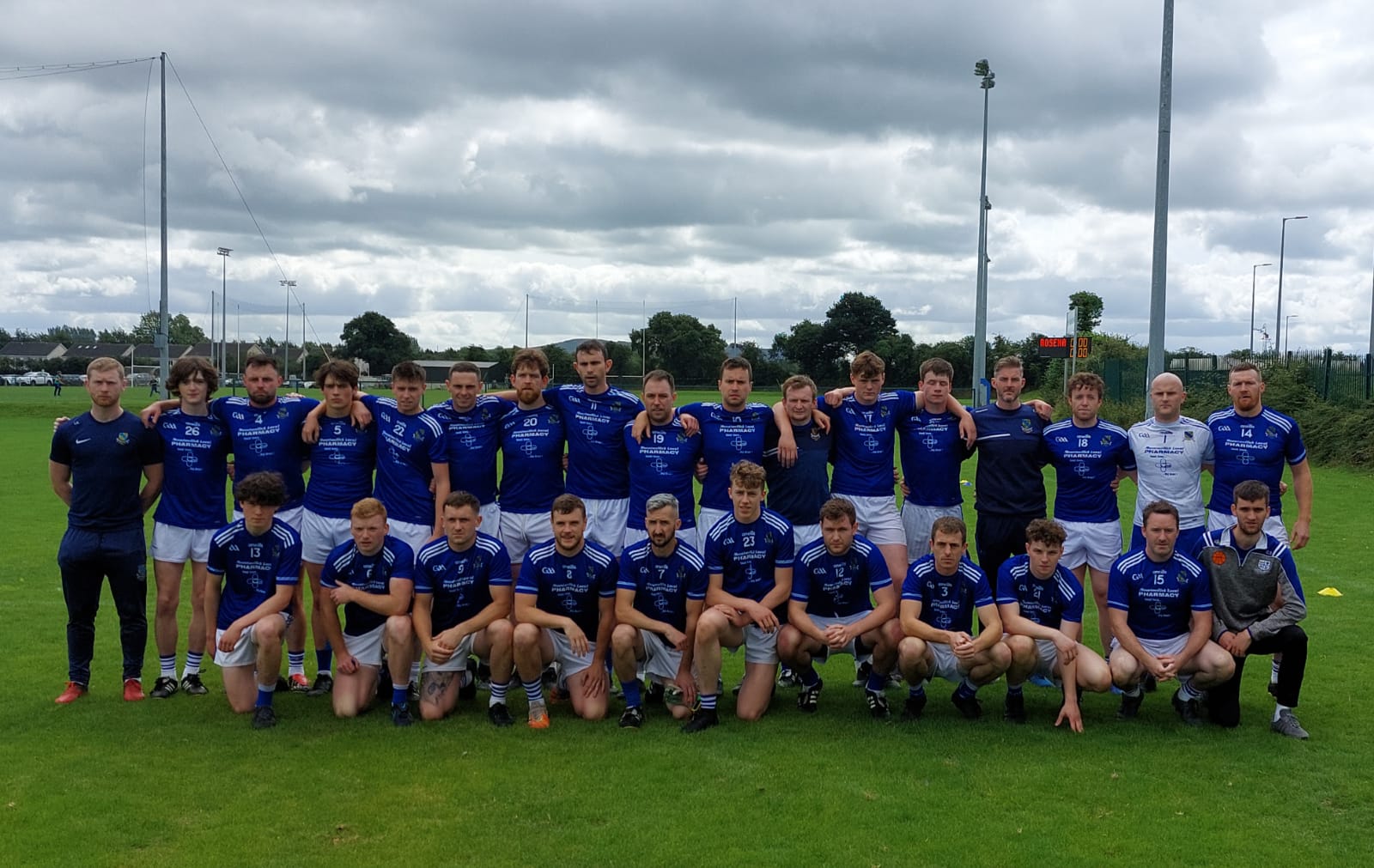