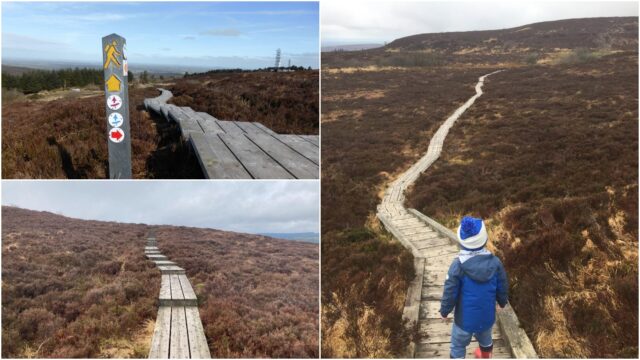 This piece originally featured on LaoisToday on April 25 of this year.

There have been many things over the past year worth complaining about but one collective positive is that the travel restrictions have focussed people on enjoying the positive things that are on their door steps.

How often in the past will you have heard someone from Laois say, ‘I’ve never been up to the Slieve Blooms’, or ‘I must go for a drive up around there’.

Now that we’re only allowed to travel within our county due to the Coronavirus restrictions, more and more people have been venturing to the various walking spots in the county.

And the Slieve Blooms have been hugely popular. There’s plenty of options though, meaning you need to know where you’re actually going. Getting to know the difference – and how to get to – Glenbarrow, Monicknew, Ard Erin, Baunreagh, Clear Lake and the Catholes is a job in itself.

Last week, however, we pointed the car (the Renault Kadjar kindly sponsored by our good friends in Joe Mallon Motors) towards Rosenallis. Our social media feed has been showing up plenty of Instagram-worthy shots of the area and we were influenced. We had to check it out for ourselves.

Shamefully, I’d never been to the Ridge before, though I had visited the likes of Glenbarrow and Monicknew.

The Ridge isn’t that hard to find though it would be easy to get lost all the same on that network of roads that link Rosenallis, Clonaslee, Mountmellick, Ballyfin and Mountrath.

In lay man’s speak it’s closest to Rosenallis but due to the wonders of technology you can stick the GPS co-ordinates into Google Maps and that won’t lead you too far wrong.

With two young children, we weren’t sure they’d be able for it but we needn’t have worried.

While the views are spectacular in all directions, you tackle most of the hill in the car and there’s parking space and picnic tables at the starting point. 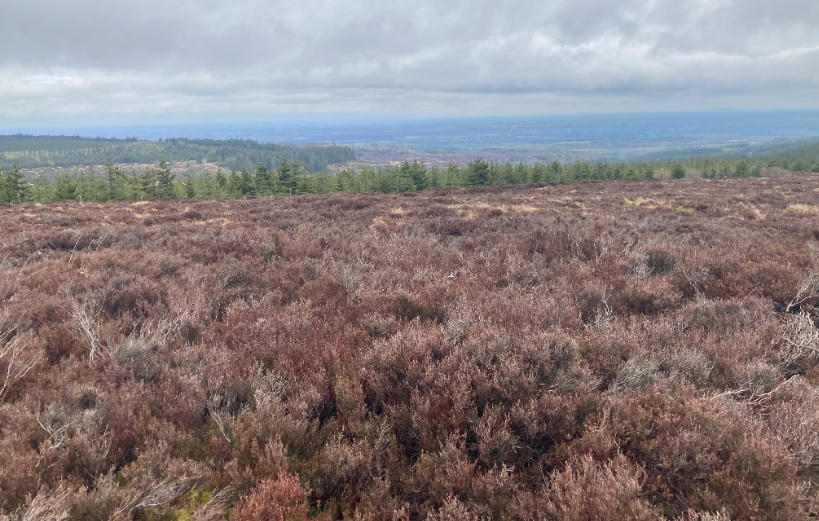 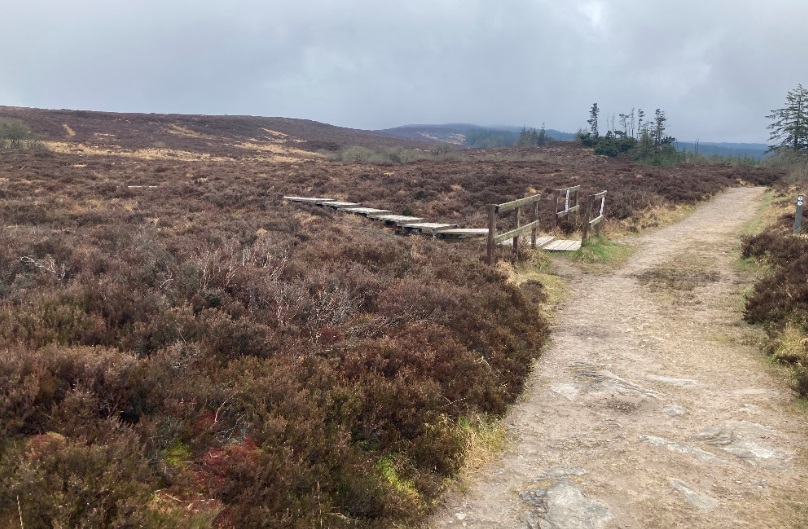 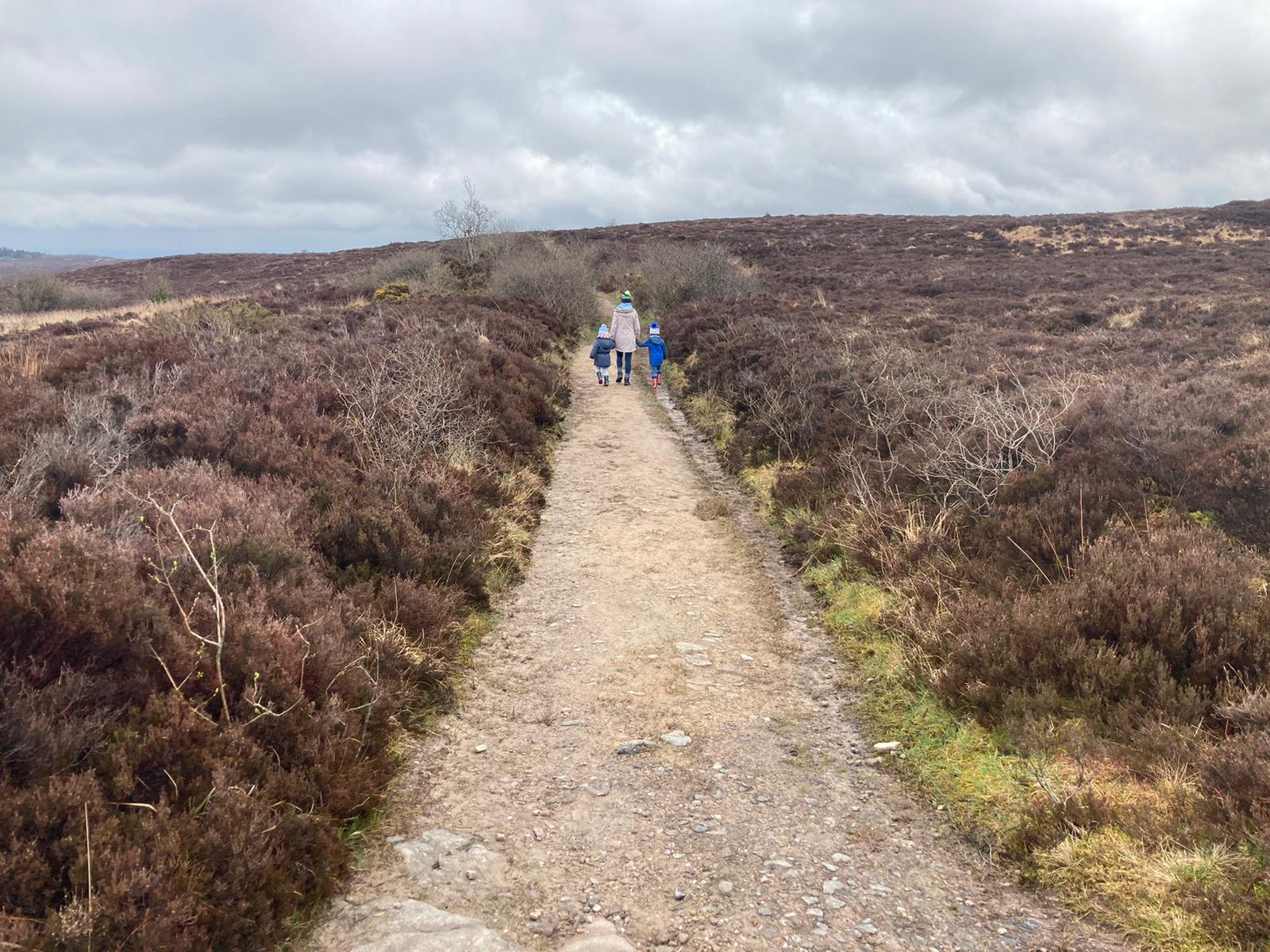 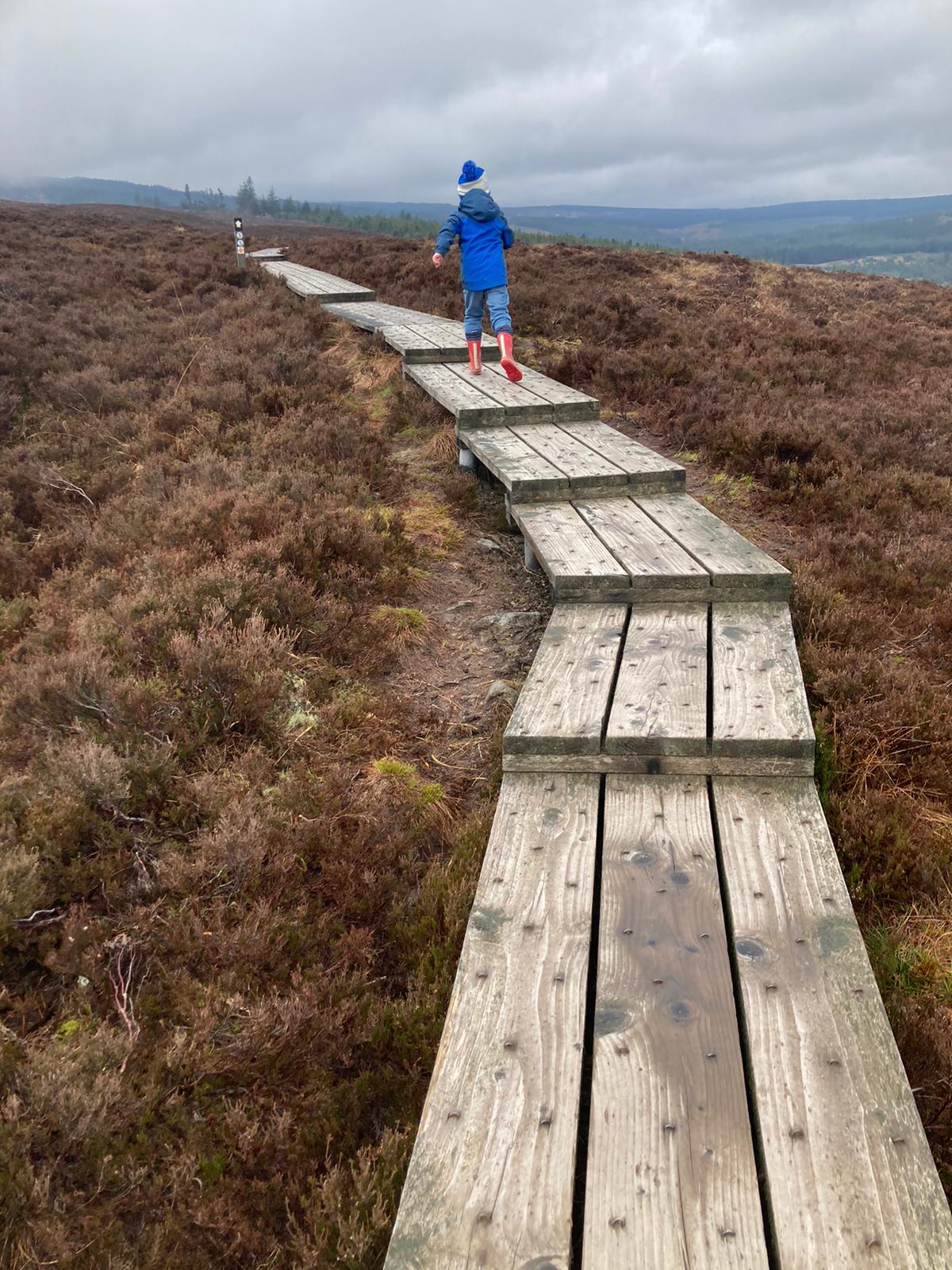 There’s something magic about the boardwalk that stretches out before the eye and while our three-year-old was a bit over-awed by it, the five-year-old absolutely adored it.

The boardwalk can of course be slippy in wet or frosty weather but on a dry day it’s an easy way to feel like you’re striding through the mountains.

There are a number of walking routes but for us the blue 4km one was enough and thoroughly do-able for children. The longer 7km route takes you through The Cones – a now-deserted village that the last family left in the 1960s. 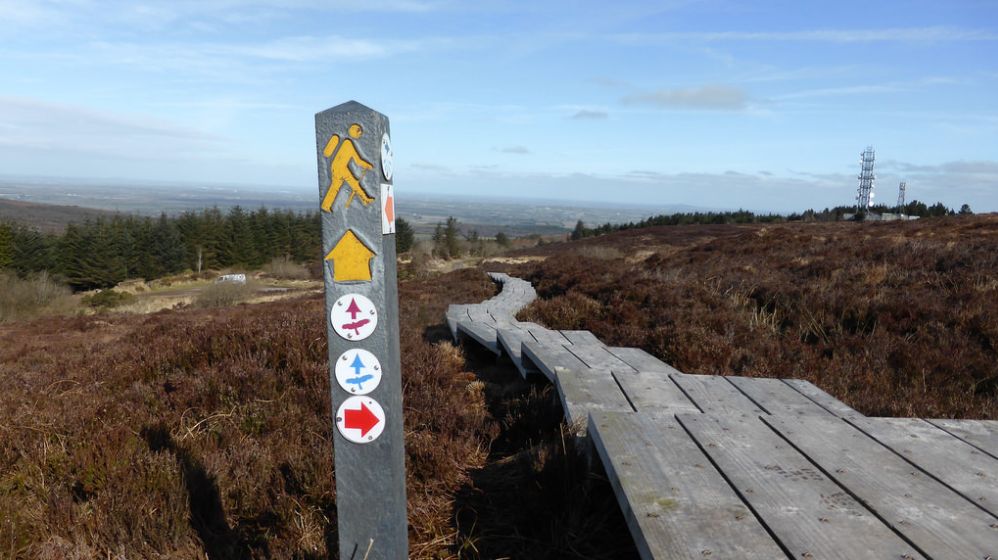 The Stony Man – a stone cairn which was built when quarrying was carried out in the area – is located approx 2km from the Capard trailhed but it is not on a specific waymarked looped route. It can be reached by heading up the boardwalk and following the Slieve Bloom Way which is shown by the yellow walking man symbol. There is no looped option which means that the return leg is back along the same route.

The Slieve Bloom website says you should be prepared for difficult and often wet terrain on this route.

A bonus of the Ridge is that the finest viewing point is only a very short 300-metre walk on the boardwalk from the car park, making it possible for an older person to experience the views without having to go too far. 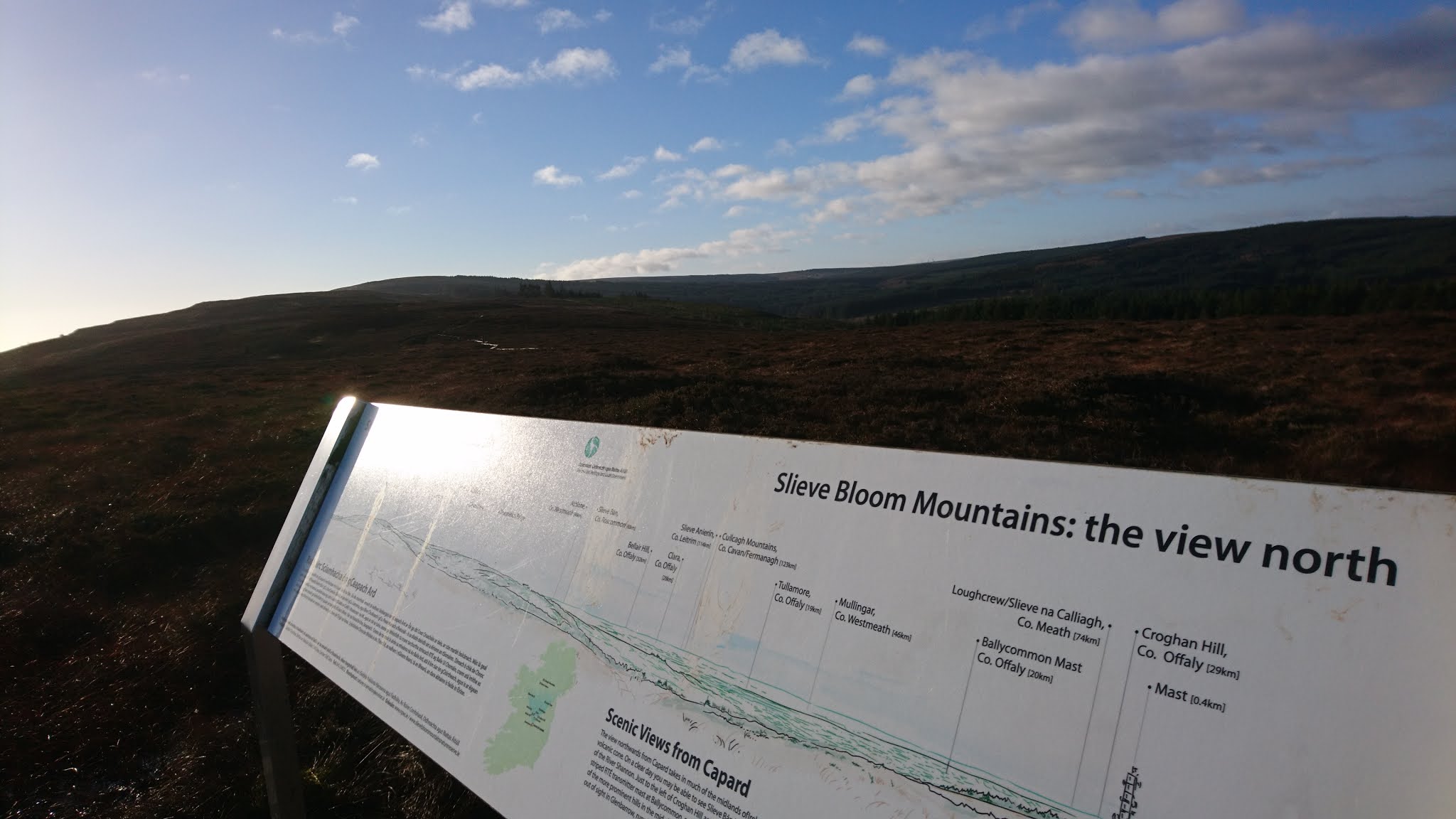 The car park for Glenbarrow is only a short distance away and two of the three walking routes from Glenbarrow pass through the Ridge.

Facilities: Car parking spaces and a couple of picnic tables though no toilets. Also, unlike other popular walking areas, so far nobody has set up a coffee van.

Roughly located: a couple of miles from Rosenallis

Advice: Be careful on the boardwalks if it has been raining as they can be slippy. Also, bring the hats and coats. It can be blustery up there.