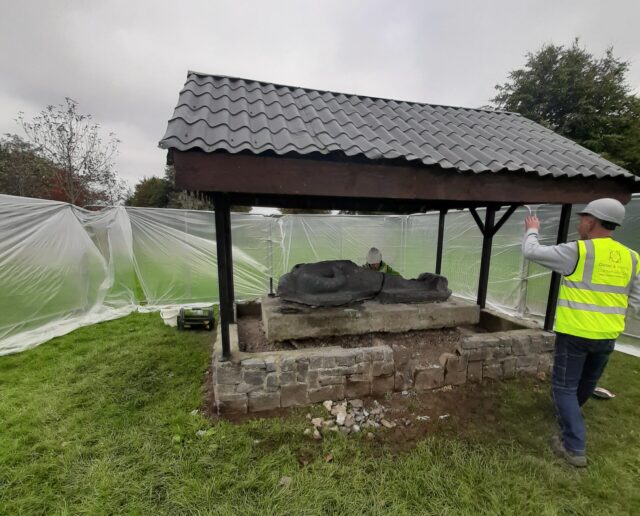 The effigy of Robert Hartpole, which was erected in the People’s Park in Portarlington, was removed this week and relocated to Carlow Museum where it will be put on display.

The decision was taken by Laois County Council because of Hartpole’s close links with Carlow and because he had little or no connections with Portarlington.

It will be properly protected and preserved in Carlow as some significant aesthetic and material damage was caused to the stone in the People’s Park.

He said: “Hartpole was an English soldier, posted to Carlow c1549 to defend planter families from Gaelic tribes.

“He led a campaign of land acquisition from the Gaelic Irish and had a reputation for cruelty. In 1570 he was granted Carlow Castle and made Constable and also owned Coolbanagher Castle.

“Hartpole was involved in the massacre of the leaders of the Clans of Laois at Mullaghmast.

“He was made High Sheriff of Queen’s County and Carlow. He died in 1594 and was buried at St. Mary’s Church in Carlow with an elaborate tomb and a carved stone effigy, a life size sculpture of Hartpole.

“The Church was replaced in 1635 and the tomb was lost. When it was rediscovered in 1809 local anger at memories of Mullaghmast led to the effigy being damaged and the head cut off.

“It was removed to Kilnacourt in Portarlington for safe keeping but parts of the tomb remain in Carlow.”

Cllr Mullins agrees with the decision to move the effigy and has called on Laois County Councillor to replace it with a piece of sculpture.

He said: “Considering the history of Hartpole and his effigy, I think it is correct and fitting that it was taken back to Carlow Museum.

“I would also like to see it being replaced with some other more relevant sculpture and I will be raising this with Laois County Council for consideration as part of the planned People’s Park upgrade.” 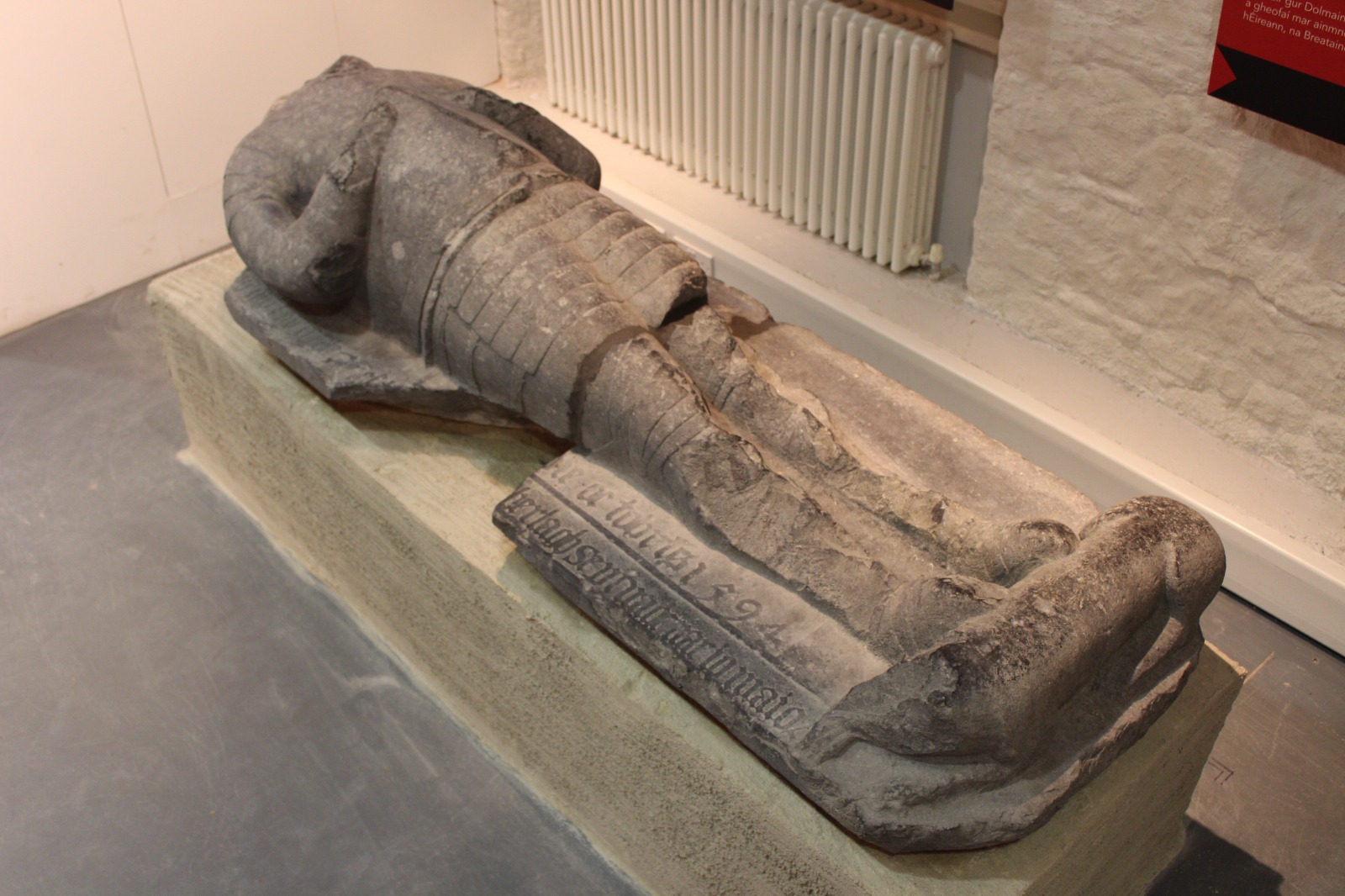 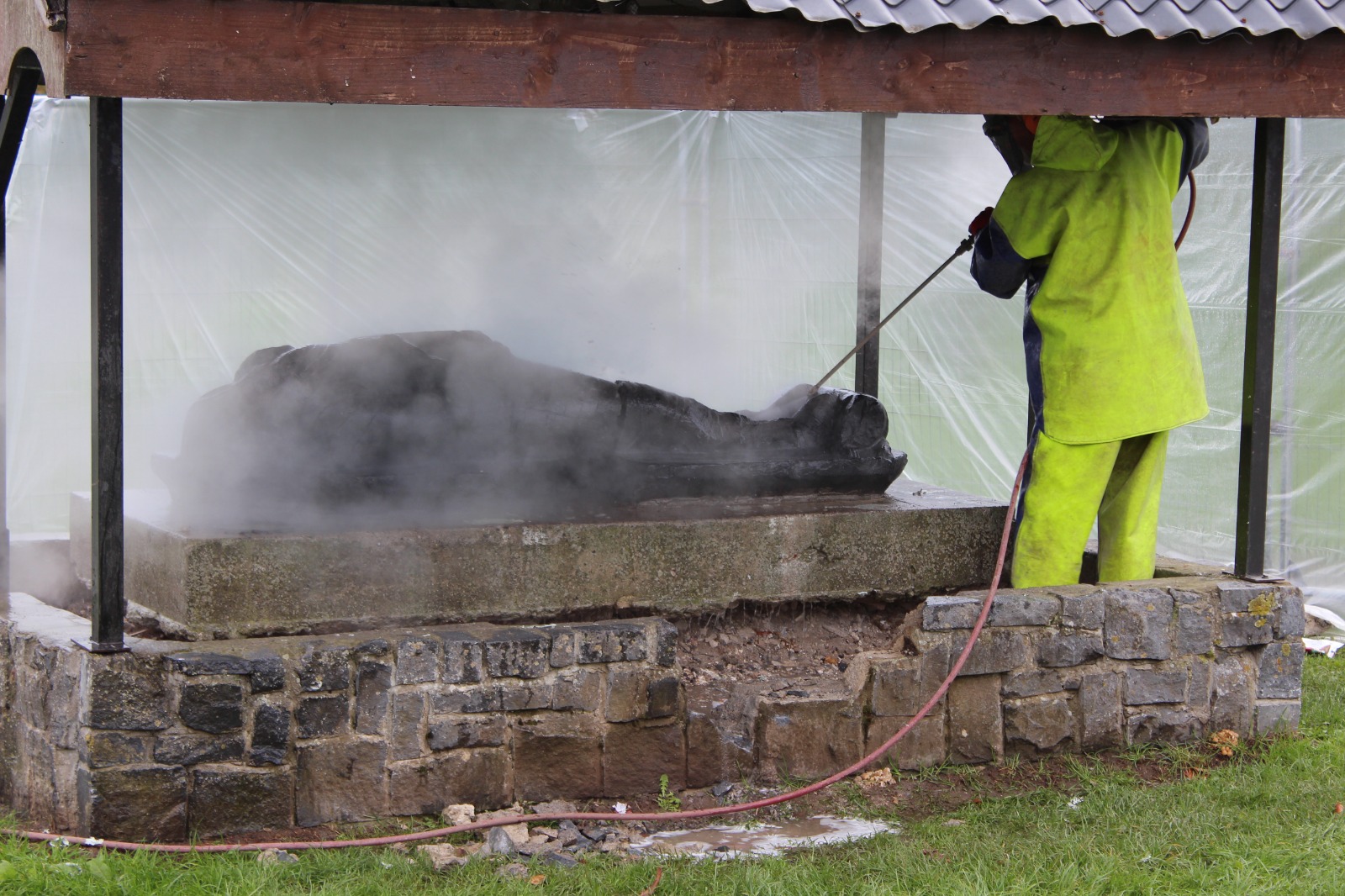 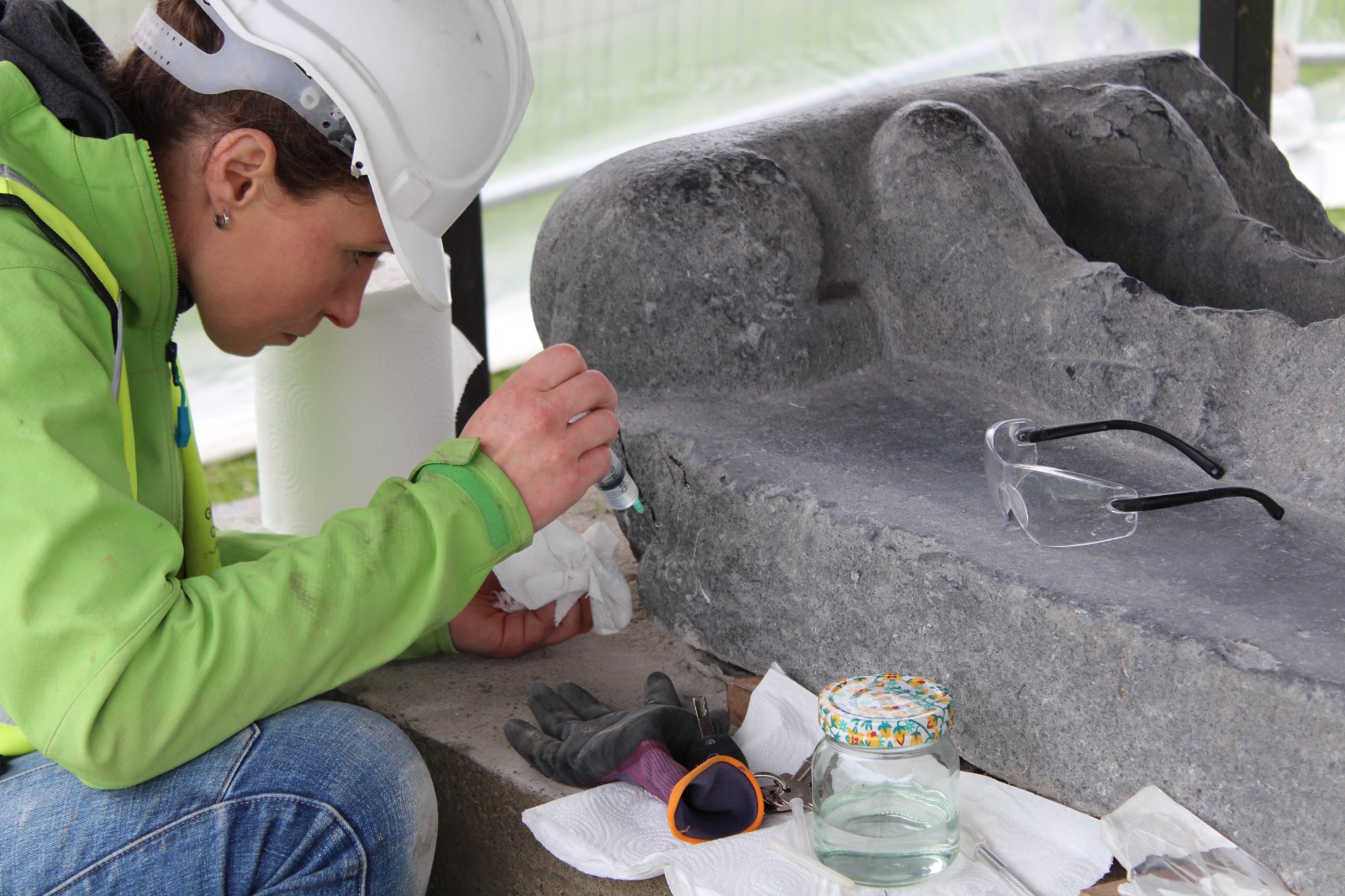