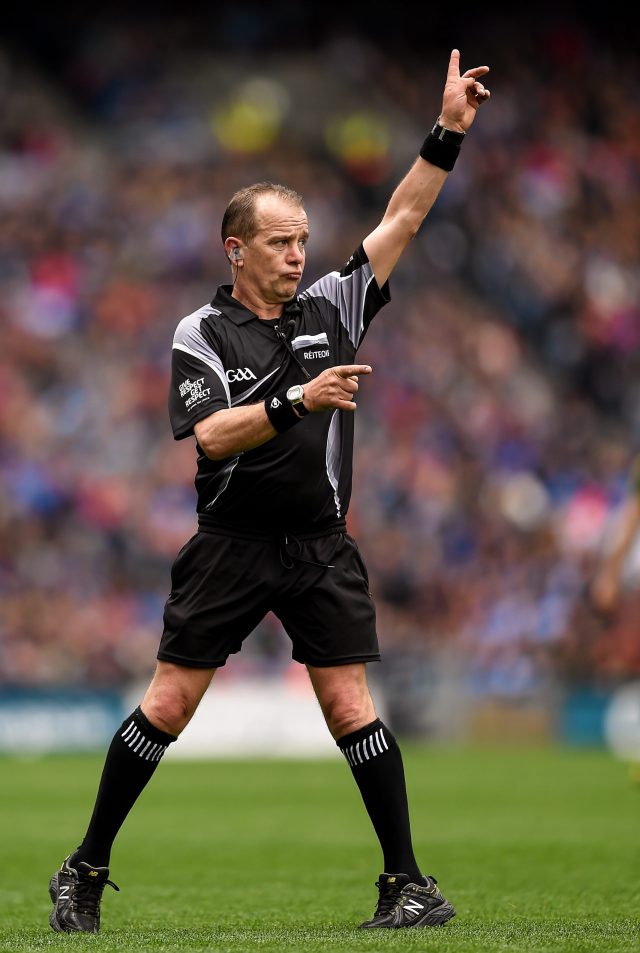 The ex-inter-county whistler will turn 50 this year and under GAA rules was forced to retire. But he has wasted no time in moving on to his next project.

Kinsella was manager of the St Paul’s team that were crowned minor champions last year and he revealed to LaoisToday that he can’t wait to get started in his new role.

He said: “It’s a different challenge for me. I’ve been coaching teams for the last eight years at juvenile level and we’ve had success every year.

“I always had this in my head that once I had retired from refereeing, I’d like to give it a go with the Courtwood seniors.

“I’m really looking forward to it now and I can’t wait to get started on Thursday evening.”

Looking forward to the season ahead, Kinsella believes that the 2017 intermediate championship will be the most competitive yet.

“We’re going into a championship which I think is the most competitive in a long time,” he said.

“You have Rosenallis coming into it as Junior champions and off the back of their great run in the All-Ireland series. Portlaoise probably should have beaten eventual winners O’Dempsey’s last year and they got a penalty in the last minute.

“Emo were in the senior final two years ago and they came within a kick of a ball of beating Portlaoise. Timahoe were beaten finalists last year and then you have our neighbours Annanough along with Barrowhouse.

“So I think no matter where you go, there will be no easy game for anybody and it could be very exciting to watch.