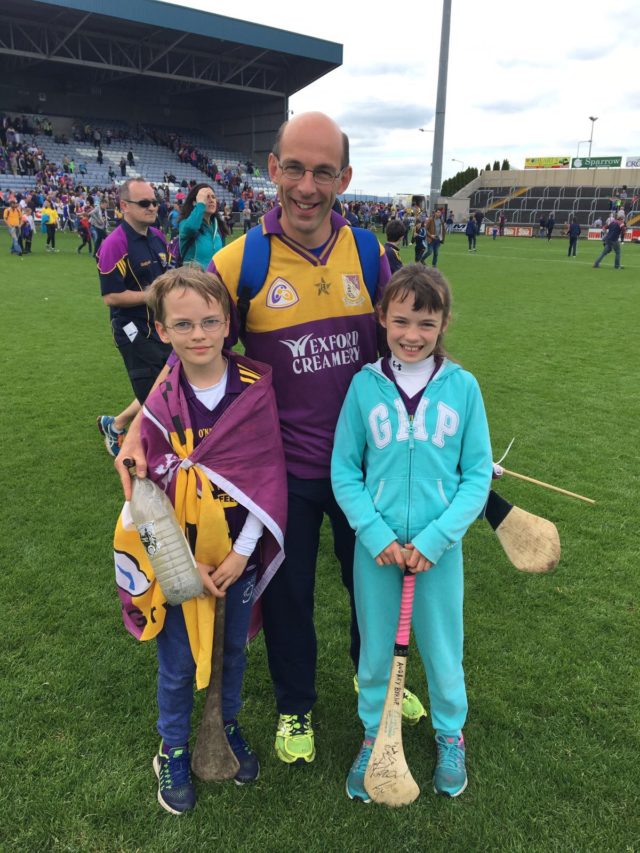 They came in their thousands to O’Moore Park on Sunday, Wexford hurling supporters travelling en masse to Portlaoise for their opening game in the Leinster championship.

After years of disappointment, they’ve shown life in recent years, winning a couple of Leinster U-21 titles and having a couple of decent runs through the All Ireland Qualifiers – beating All Ireland champions Clare in 2014 and a first win in 60 years over Cork last year.

Davy Fitzgerald coming in as manager has given them another lift and wins over Limerick and Galway meant that they won promotion from Division 1B of the Allianz League despite starting as just the third favourites to do so. Beating Kilkenny in the quarter-final added even more to the hype and even though they lost to Tipperary, hopes are high in the South East that a good summer lies ahead.

Davy Fitzgerald might have been suspended from sideline duties for this match, forcing him to watch proceedings from high up in the stand, but despite Laois challenging them well in the opening half they pulled well clear after half-time. The prize is a considerable one – a home semi-final clash with Kilkenny on Saturday week.

No wonder their supporters were in good form as they chatted and mingled on the pitch afterwards. Our photographer was there to snap some of them before they venture home again, happy with the win and with what they’ve to look forward to.