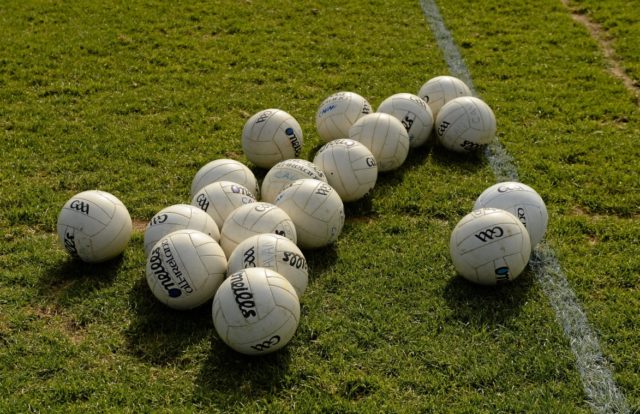 A Ciaran Ramsbottom goal in the dying minutes eventually decided an entertaining Kelly Cup decider in St Joseph’s favour in Crettyard this evening.

And St Joseph’s, who have been the form team in the county this year and lead Division 1A having only lost one of their opening ten 10 games will be hoping this is just the first trophy they lift this year.

They were pushed all the way by an Emo side who will play in the intermediate championship and who have been struggling in Division 1B. But Ramsbottom’s goal eventually settled the issue in favour of the Kellyville outfit.

The sides were level 0-7 each at the break with Emo keeping in touch thanks to Paul Lawlor’s frees and points from play from Nigel Murphy, Shane Murphy and Chris Gleeson. Dylan Doyle accounted for four of St Joseph’s points in the opening half with Dan Dunne and Mattie Campion also on target.

Nigel Murphy and Paul Lawlor added Emo’s points in the second half but Ramsbottom’s late goal ensured the silverware for St Joseph’s.