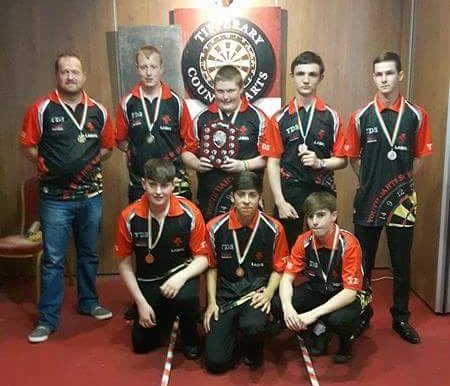 There was celebrations for the Laois Youth Darts School as they won the All Ireland Shield competition, which took place in the Regency Hotel in Dublin last weekend.

The competition took place over Saturday and Sunday where the Laois team went through group stages against Offaly, Wicklow and Carlow beating Dublin in the semi-final and Carlow in the final.

“We just want to say thanks to Stephen Greene for all his hard work,” said Gavin McStay, one of the players. “He has a put a lot into it to order for us youths to play the game we love.”