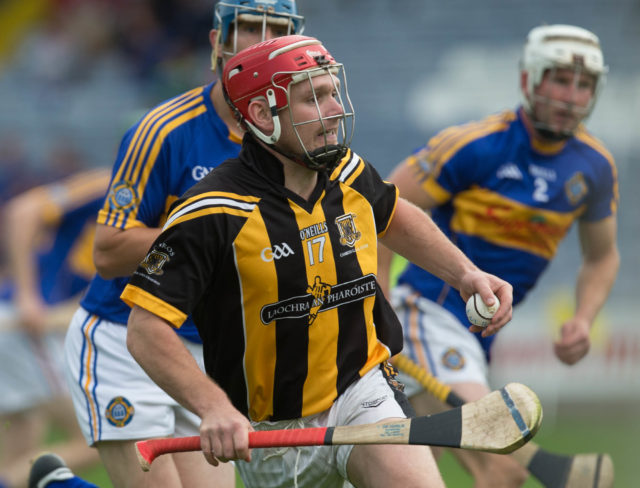 Clough-Ballacolla had topped the league stages of the competition, thus earning an automatic final place. But in the month since securing their final place they lost Stephen Maher and Willie Dunphy to injury. They did welcome Tom Delaney back into their starting team for the first time since his cruciate injury but apart from a brief spell midway through the first half, Camross were always the dominant side and fully deserved their win.

After 15 minutes Camross led 0-5 to 0-2, three of their points coming from Zane Keenan frees, the others from Tomas Burke and an excellent Dean Delaney effort. Clough-Ballacolla’s first two scores came from frees – from Willie Hyland and Damien Bergin.

A two-minute scoring burst had them level by the 17th minute however with Canice Coonan and Lee Cleere landing lovely points from play while Bergin also added another free.  But Camross took over again. Dean Delaney, Keenan (two) and Niall Holmes pointed and then Ciaran Collier hit the back of the net when a long ball found him behind the Ballacolla full-back line and he rifled his shot past Danny Hanlon.

A Dean Delaney goal stretched Camross further clear early in the second half and it was never a contest thereafter. Two Damien Bergin frees were all Clough-Ballacolla could muster and a Keenan goal with seven minutes remaining as well as a last-minute effort from sub Mark Dowling saw them romp home.

Keenan finished with 1-11, including a peach of a sideline cut.

It’s not the only prize that Camross want this season but for the time being it’ll do just fine.

SEE ALSO – Draws made for a number of GAA championships