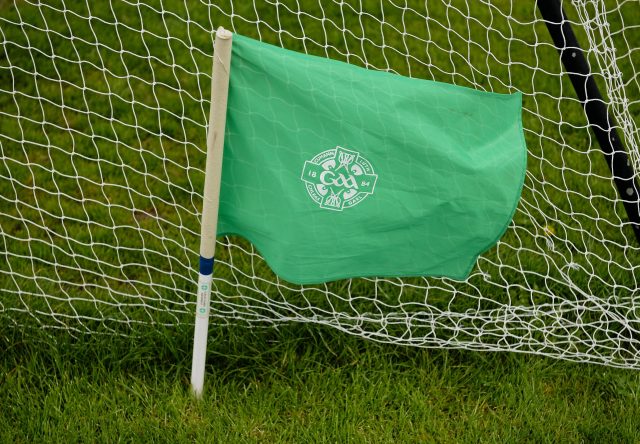 Brought to you in association with Treacy’s Bar & Restaurant

The last of the first round games in the senior football championship will take place today.

So far, O’Dempsey’s, Ballyroan-Abbey and Portlaoise have booked their places in the winners section of the draw with Ballyfin Gaels, Crettyard and Arles-Kilcruise headed for the loser’s.

Meanwhile, there will have to be a replay between Arles-Killeen and Portarlington after they drew last night.

Here, we take a look at each of the games:

This is intriguing from the point of view that it is virtually impossible to predict what this amalgamation of Clonaslee-St Manman’s and Annanough will be like.

On their own, Annanough had a dismal Division 1B league campaign and were thumped by Emo on a scoreline of 3-15 to 1-6 in Round 1 of the IFC a few days ago.

While Clonaslee-St Manman’s operated a division below Annanough in the league and just about managed to stay up.

However, Clonaslee stunned everybody last year when they beat Emo and they are always likely to produce one big performance.

The team submitted to the programme has four Annanough men down to start – John Scully, Rory Stapleton, Donal Miller and James Miller so it will be interesting to see how they gel.

As for St Joseph’s, they were shaping like championship favourites in the early part of the year as they blazed a trail at the top of Division 1A with eight wins and one draw from their first nine matches.

However, the Kellyville outfit then lost Adam Campion, Michael Keogh and Danny Hickey to the USA and they haven’t won since.

With Kevin Campion and James Doyle away travelling also and Jason Campion reported as an injury doubt – this one may not be as straight forward as the bookies and everyone else seems to think.

However, you would still expect that st Joseph’s will win.

The first of a double header in O’Moore Park sees the clash of neighbours Graiguecullen and Killeshin.

For so long Graiguecullen have ruled the roost by being the much the stronger of the Carlow border clubs but that is no longer the case.

The Barrowsiders endured a miserable championship campaign last year, ending up in a relegation semi-final where they needed a replay to beat The Heath and stay up.

Pádraig Clancy has taken the reins in Graiguecullen and, after a decent showing in the league, he will lead the team to face a Killeshin side who are improving all the time.

They boast Laois senior football captain Stephen Attride in their ranks along with the likes of Eoin Lowry, Shane Bolger, Adam Deering and Cathal Brennan.

The sides last met in a quarter final in 2013 with Graiguecullen winning 2-13 to 2-11 but now could be the time for the Killeshin men to get one over their big rivals.

However, you would worry about the age profile of Killeshin in comparison to Graiguecullen and perhaps with Clancy’s experience, they will get over the line in the end.

It was due to take place in O’Moore Park at 12pm but has been moved to Ratheniska after a bereavement took place in Mountmellick.

Ballylinan were by far the best team in Division 1B in the league phase and they cemented that last month by beating Portarlington in the decider.

Mountmellick were similarly in a league of their own in Division 2 and they saw off Courtwood here a month ago to claim that crown.

Both sides come into this game with largely the same squads available to them as in their respective league finals.

For Mountmellick, they have Castletown lads on board as part of their Gaels set up – meaning that Brendan Reddin and James Mullaney are eligible to represent them.

While Ballylinan are without Gary Walsh who suffered a knee injury prior to the league final and is said to be out for the remainder of the year.

But Ballylinan showed they could cope without him to win the league decider and they are expected to do the same again here.

And so the final game of the Round 1 series sees county champions Stradbally begin the defence of their crown against neighbours The Heath.

Stradbally defied the odds to end Portlaoise’s ten-in-a-row seeking ambitions last year and they will be hoping to mount a good defence this time.

Martin Murphy’s men will be without Darren Maher who is serving a one-match suspension after he was sent off in their Leinster club defeat to Mullinalaghta of Longford last year.

There are also doubts over the availability of Tom Shiel and Garry Comerford. But the evergreen Greg Ramsbottom has committed for another season as he goes in search of a historic double-double – having previously achieved a double in 1997 and 1998.

As for The Heath, they are without Evin Keane and Tony Connolly who are out of the country.

But Donie Norton’s men didn’t have them for much of the league and coped just fine – achieving a top half finish.

They welcome back Denis Booth to the fold after he missed most of the season due to inter-county commitments while Daithi Carroll and Ciarán Booth have returned to full fitness at the right time.

Once again, this will be close but the champions should have enough to make a winning start.