The year 2017 has been without a doubt the most successful one for rounders in Emo.

Having started 5 years ago in Emo National School, the teams have been steadily building towards their achievements this year.

Here is a comprehensive run down of how each team got on: 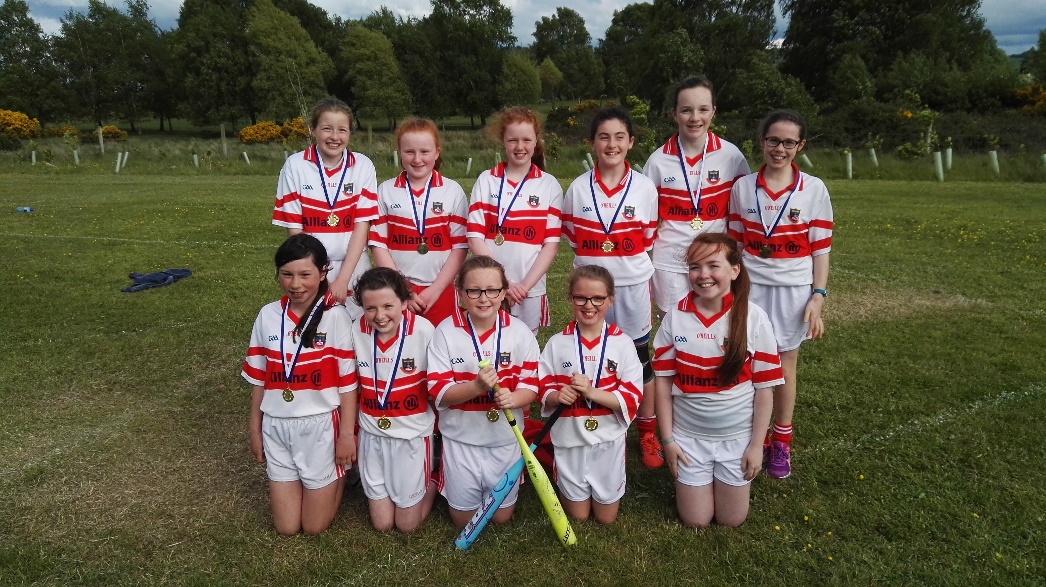 The first taste of success came in May when the U13 Girls won the Laois Community Games Title.

Unfortunately, these girls couldn’t compete in the Leinster Finals as too many of them were away at the time.

They went to the Feile in June but were beaten in the semi-final. 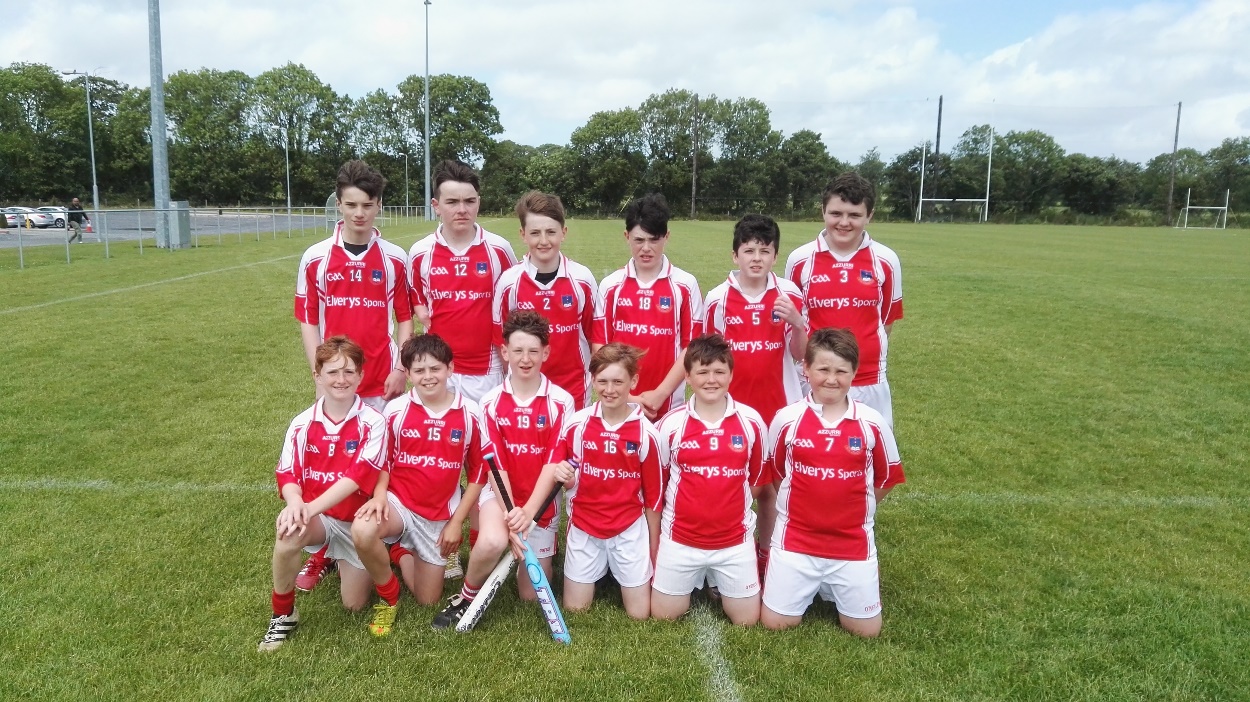 Next up in mid-June was the John West Féile in Fenagh, Co. Carlow.

The U-13 boys having easily won their group games came unstuck against a strong team from The Heath in the Final. 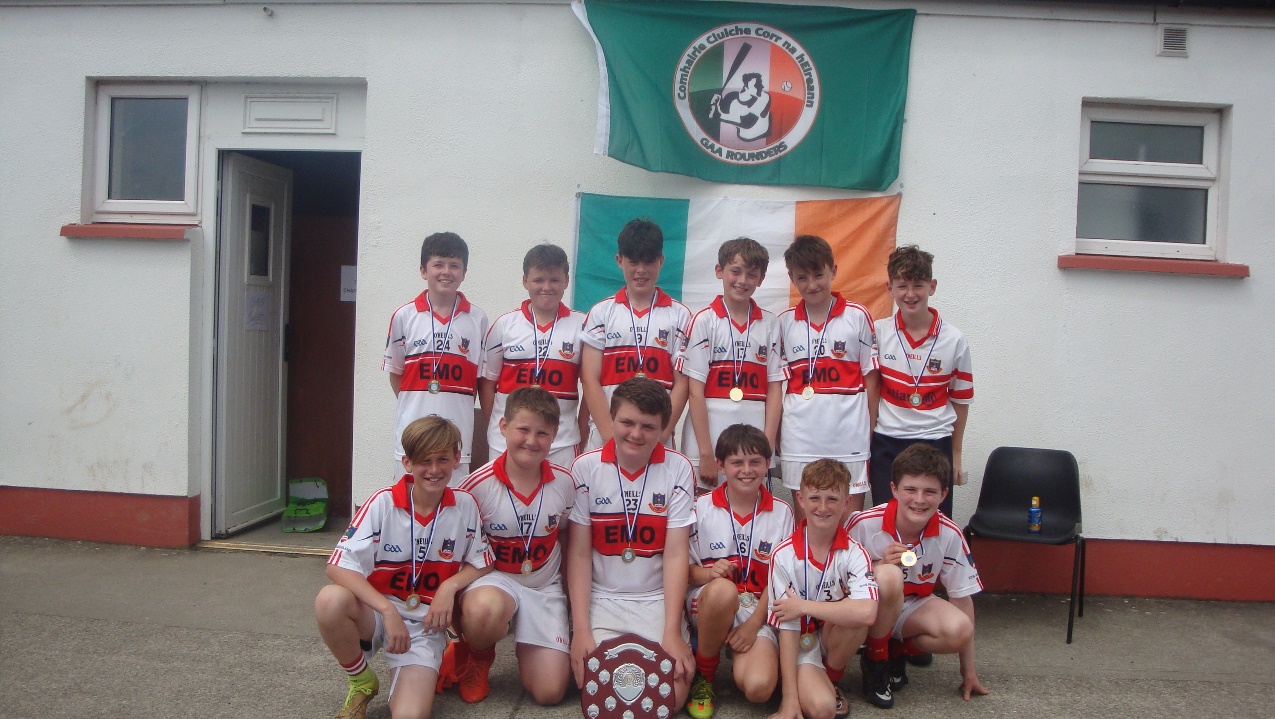 More success for the schools’ teams followed in late June.

The boys won the Cumann na mBunscol Rounders title, narrowly beating The Heath in the final. 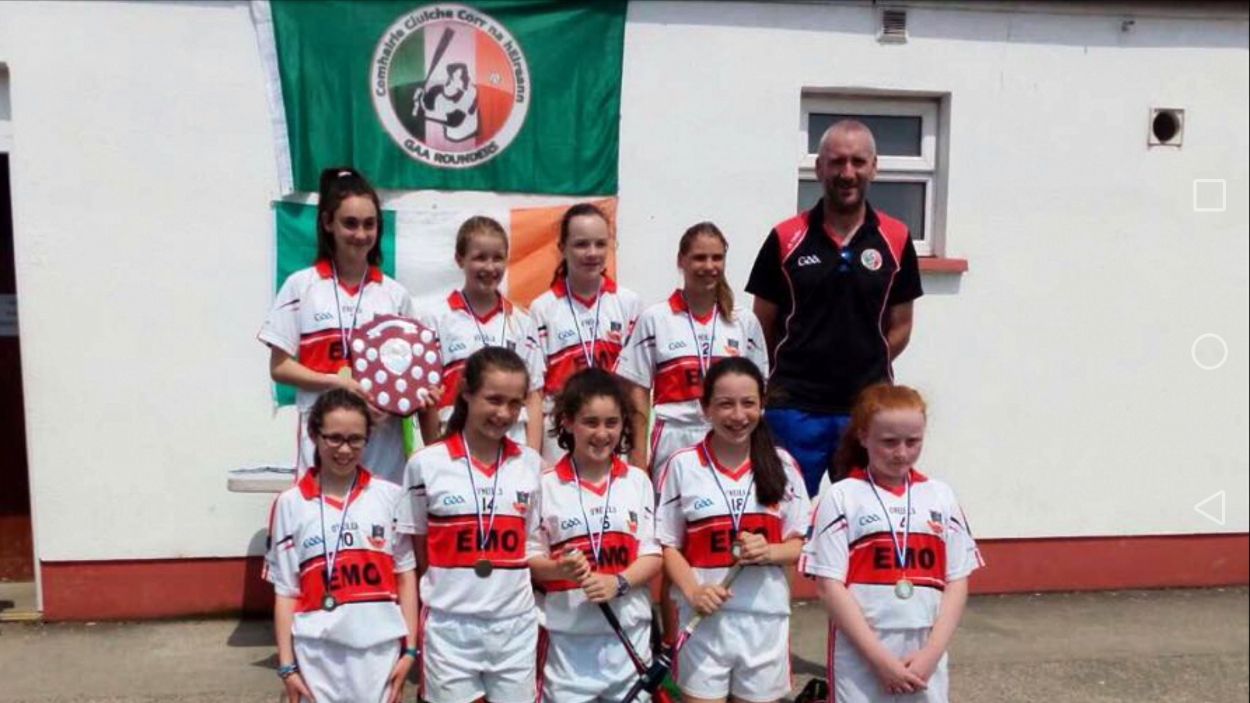 On the same day the girls won their Cumann na mBunscol tiltle, having won all their matches on the day with ease. 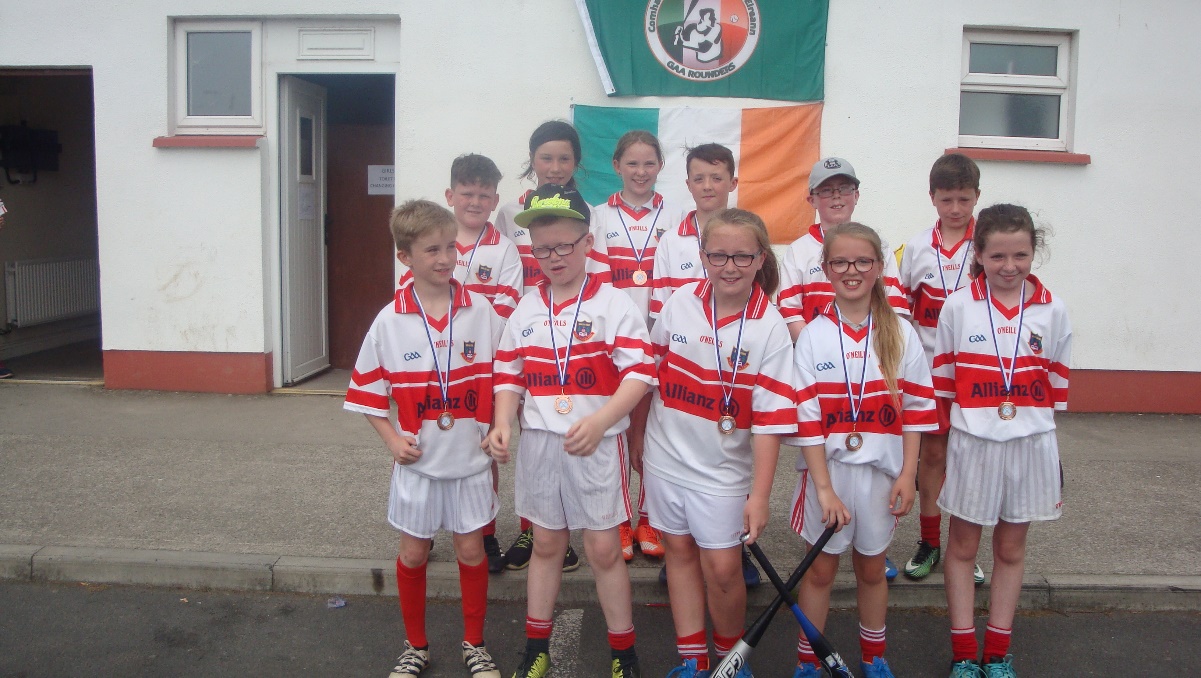 Also, on the same day, our younger players put in great performances to claim silver in the Mixed Team Cumann na mBunscol finals. 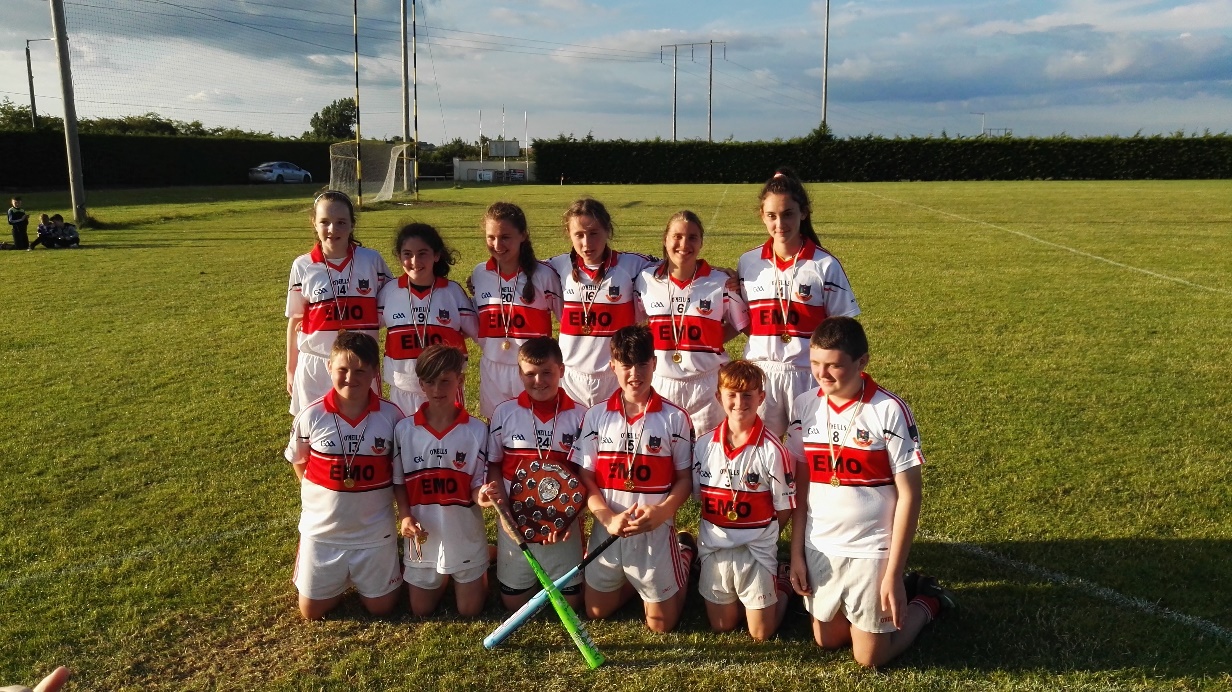 All of the above competitions were crucial in preparing the teams for what was to come on Sunday June 23 and Sunday June 30.

On Sunday June 23, the U-14 Mixed Team competed in the All-Ireland U-14 Mixed Féile Finals in The Heath.

This was a very experienced team and they did not disappoint on the day, easily winning all their group matches and semi-final.

The final was a much tighter affair, with the team taking on The Heath. Fortunately, Emo came out on top on a score of 23-19. 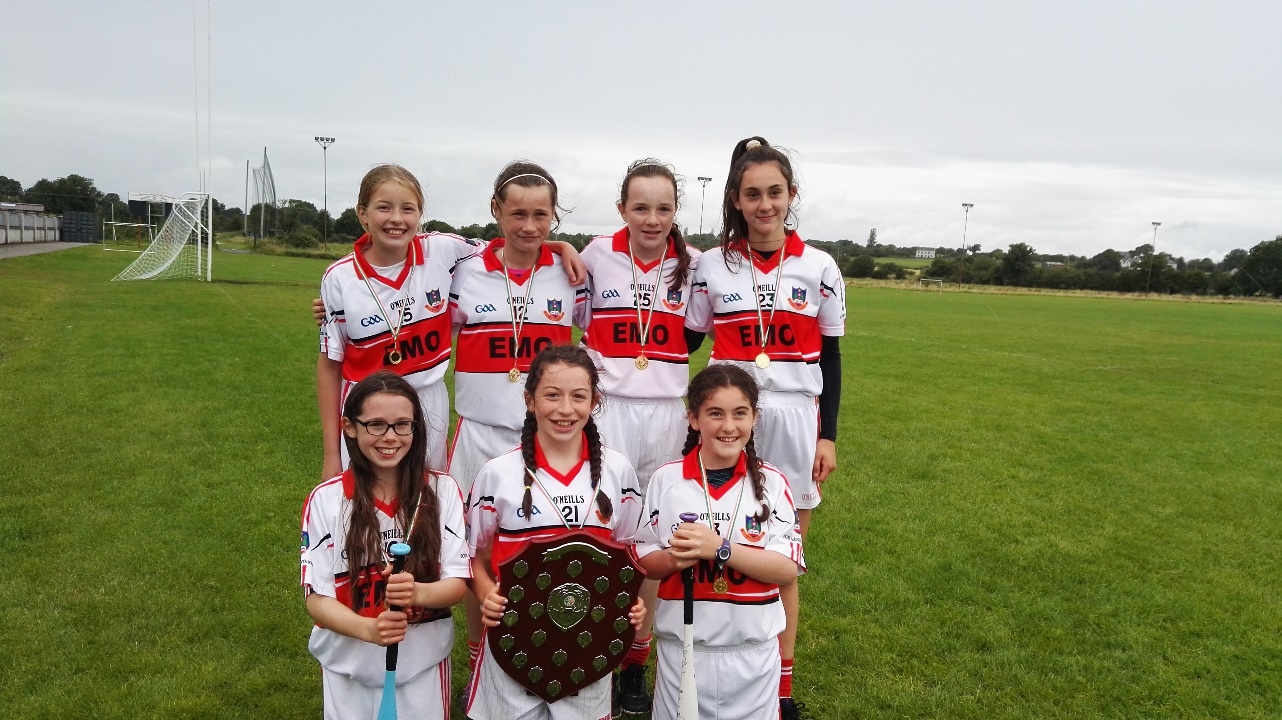 The final matches of the season took place on Sunday June 30 in Ballymahon, Co. Longford, where the U-13 Boys and U-13 Girls All-Ireland National Féile Finals were taking place.

Emo had two very talented and experienced teams competing so a lot was expected of them.

The U-13 Girls, most of whom had won Community Games All-Ireland gold last year, played fantastically on the day.

Even though they only had a team of seven, competing against teams of nine all day, it didn’t show.

Their fielding and batting was excellent throughout the day and they easily dispatched of all the teams they came up against.

The final was pretty straightforward with the girls beating Easkey from Sligo.

This girls team only conceded 8 scores throughout the day, while scoring a total of 76 with most teams batting out and conceding defeat before the end of the games. 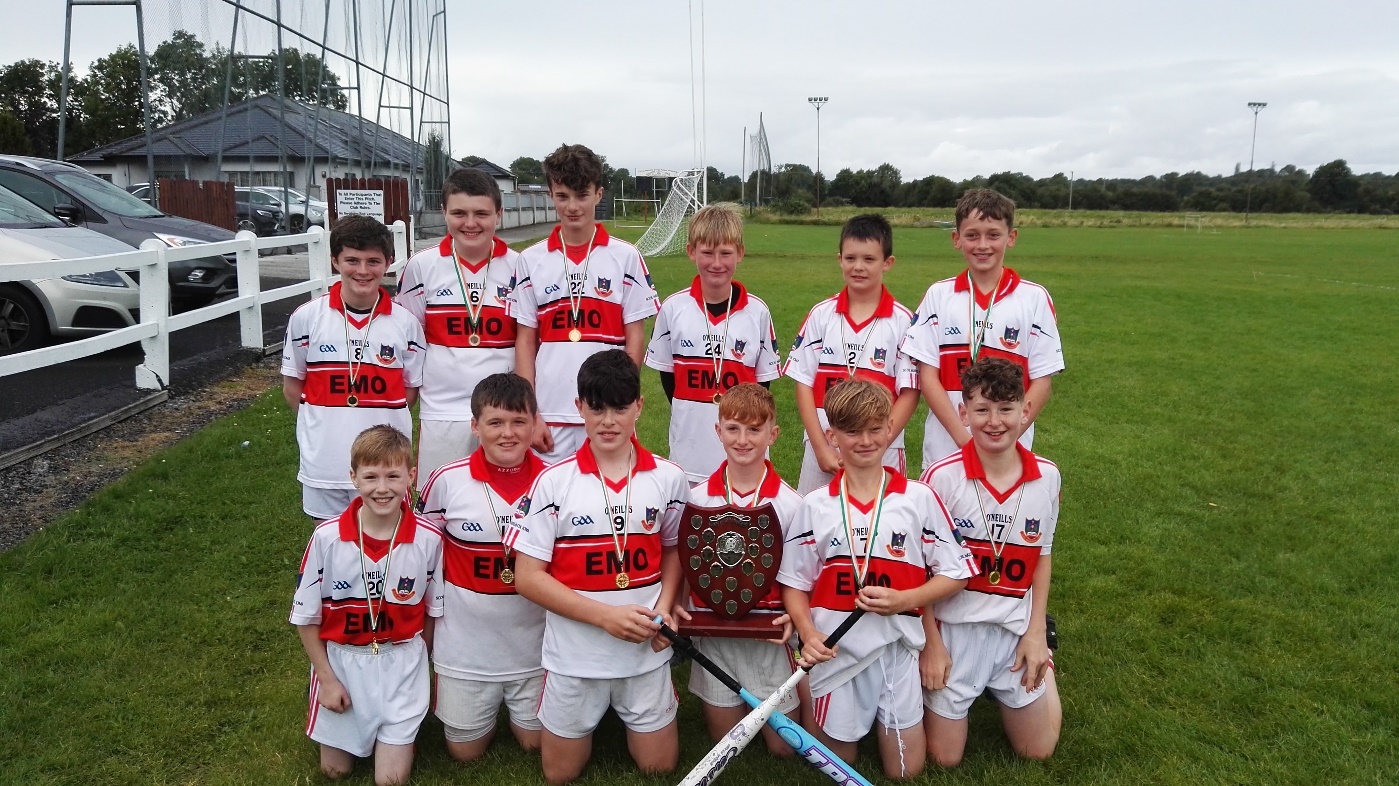 At the same time while the girls were playing, the boys were also competing.

The boys matches were closer affairs with games being won by only a few points, while at the same time never being put under any real pressure on the day.

The final saw the boys pitted against The Heath. This was certainly a game of two halves with Emo really finding form in the 4th innings to win quite easily against a very talented Heath team.

This year has seen some epic battles between the boys of Emo and the Heath and a big thanks goes out to the Heath for really keeping Emo on their toes this year.

The club would like to thank Emo GAA and the great Gabriel Lawlor for allowing, without hesitation, rounders to be played on the GAA pitches.

More information on rounders can be found on the official GAA rounders’ website, http://gaarounders.ie/ or on the GAA rounders page on Facebook.

SEE ALSO – WATCH: Is this a contender for Goal of the Season?

WATCH: TV Producer who made shows about Laois grapples with Coronavirus