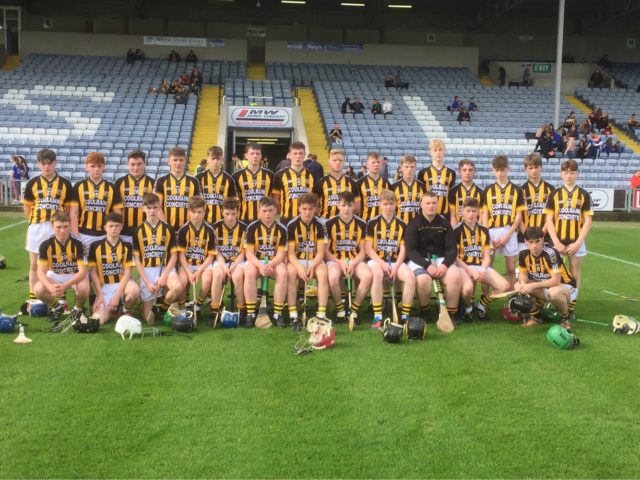 It took a 62nd minute goal from Joseph Ryan to separate Camross and Castle Slieve Bloom in what was a great start at county finals day in O’Moore Park.

Both sides commanded strong leads throughout the game but it was Camross who held their nerve in the dying seconds, despite surrendering an eight-point lead with only 12 minutes remaining.

The game began in good fashion for Castletown who grabbed the first point of the match through the stick of Conor Walsh, but Camross responded well with Joseph Ryan finding range. After an even first ten minutes, Castletown then took command of the game when they knocked over four consecutive points.

First to bag one was captain Ciarán Conroy through a free and Tadhg Cuddy followed that up with a good score. Conroy popped over his second before one of scores of the game from Aaron Gaughan who found the target from far out on the left wing.

The rest of the half spelled dominance for the Camross side as they managed to shift up the gears. Allan Connolly slotted a nice point before wing back Seán O’Neill managed secure his name on the score sheet.

Camross free taker Odhrán Phelan got his first with free out near the side line, followed by Willie Reilly hitting over from long range to level the game. Joseph Phelan slotted for Castletown to give his side back the lead with the score line 0-6 to 0-5 after 25 minutes.

The first goal of game came from the impressive Allan Connolly as he gained possession 30 yards out before turning, driving towards goal and dispatching the ball past Conor Breen in the Castletown goal.

Niall Bennett followed that up with a breath taking score from 50 yards out to stretch Camross’ lead to three points. Aaron Gaughan put his second over the bar to reduce it to two but Camross finished strong with two points from Odhrán Phelan and Willie Reilly. The score at the break was 1-8 to 7 points.

Camross started where they left off as the grabbed the first point of the second half through Odhrán Phelan. Niall Bennett then struck the crossbar with a looping shot. Aaron Gaughan grabbed his third of the game with a 65′ for Castletown, before Allan Connolly responded to make it a five point margin again.

Five became seven soon afterwards as an Eoin Dowling 65′ and an Odhrán Phelan free made the score 1-12 to 0-8 after ten minutes of second half. Another Odhrán Phelan free broke an eight minute scoreless period to stretch the gap to eight points, but Castletown then turned the game on its head.

Aaron Gaughan slotted another free for Castletown before turning provider for his teams goal. The goal came from a sixty five following a save from Paddy Coss in the Camross Gaels’ goal. Gaughan hit a pass short to Ciarán Conroy who charged towards goal before riffling a shot into the bottom left corner. Joseph Ryan responded with a good point but Castltetown kicked on again with the following five points.

Conroy knocked over a point from 40 yards to reduce the score to just four points. Aaron Gaughan stepped up again for his side knock over two fine points both from 40 plus yards to make it a one score game.

Tadhg Cuddy then knocked over his first to reduce the game to its narrowest of margins. Camross couldn’t find any rhythm in the game and they then conceded an easy free which the ever reliant Gaughan slotted to complete an amazing comeback with two minutes of normal time to play.

The game then turned into a slog match as there was a scramble for possession around the middle third. Despite dominating the previous ten minutes, the comeback seemed to take its toll on the Castletown-Slieve Bloom side who were making handling errors and giving away sloppy ball. 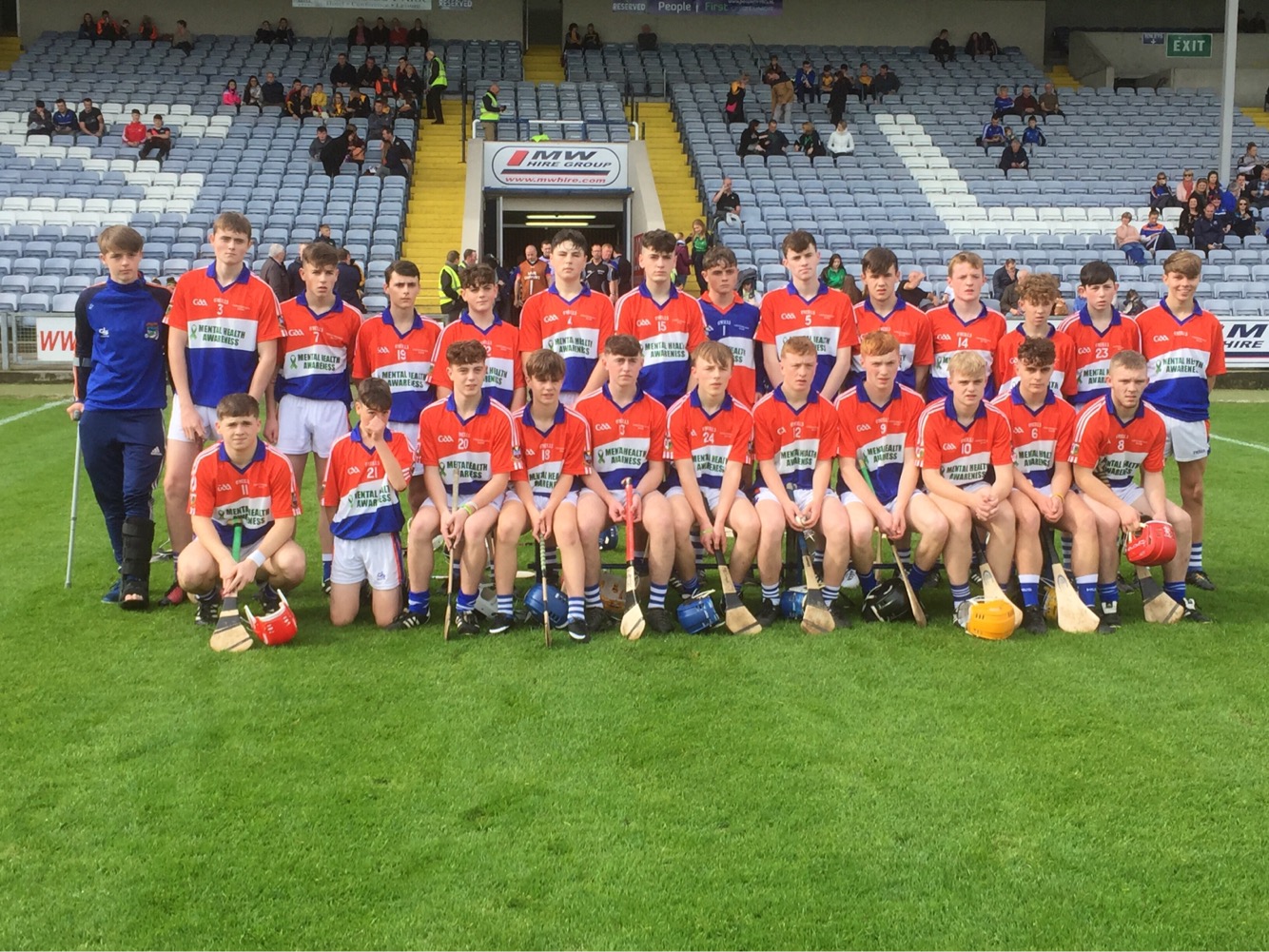 It would be a sloppy clearance that would rue Castletown’s chances of victory as Joseph Ryan picked up the ball on the edge of the semi circle before dancing through a couple of defenders and sending the sliothar into the roof of the net. The referee gave no time for Castletown to respond as Camross held on to claim the title on the scoreline of 2-14 to 1-14.