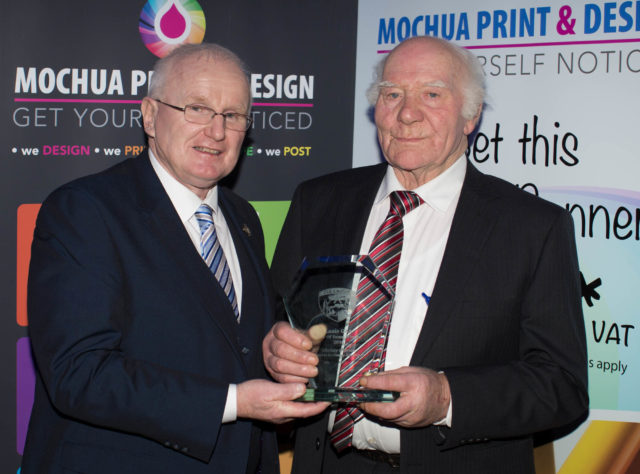 He’s regarded as one of the greatest Laois hurlers of all time and now Christy O’Brien is to be honoured with a commemorative DVD about his life and times.

O’Brien – who is now aged in his 80s – won five Laois senior hurling titles with his native Borris-in-Ossory club, played with Laois for right throughout the ’50s and ’60s and represented Leinster for ten years, winning Railway Cup medals in 1956, 1962, 1964 and 1965.

Christy was named on the Laois hurling Team of the Milennium in 2000 as well as a selection of the greatest players never to win a senior All Ireland. In 2016 he was inducted into the Laois GAA Hall of Fame.

And now local film-maker Noel Sheridan has put together a DVD about Christy’s career and it is being launched this Friday night at a function in the Racket Hall in Roscrea.

With music, raffle and food it promises to be a great night with all funds raised going towards the Borris-in-Ossory Community Infrastructure Projects. Tickets are €5.