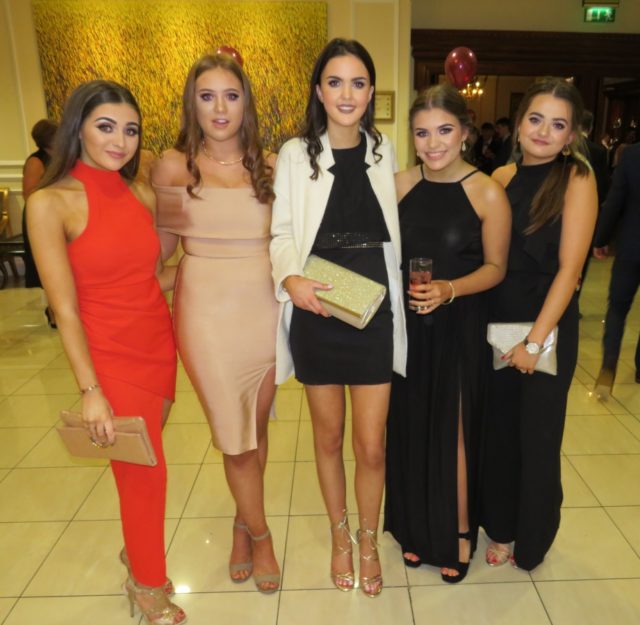 The 2018 GAA campaign at club level is still a couple of months away – but we’re now at the height of Dinner Dance season with last year’s successful clubs gathering to celebrate their 2017 achievements.

It was the turn of Portarlington GAA on Friday night in the Heritage Hotel in Killenard as they recognised a 2017 season that will go down as one of the most successful in the club’s recent history.

They had the distinction of being crowned the last ever Laois minor and U-21 champions – as the age grades are set to change in 2018 to U-17 and U-20.

Their minor success was their second in three years, their U-21 triumph their first at that grade since 1994.

And while they will lament the fact that they missed out on making the senior final – they did reach the semi-final for the first time since 2002. All in all it was a year to be very proud of and it points to an exciting era ahead.

They also won the U-12 championship last year so the conveyor belt of young talented players looks to be moving very well for them.

In a slight twist of irony, they made the short trip out to O’Dempsey’s territory for their celebration with legendary GAA broadcaster Michael O Muircheartaigh on hand to MC the event and help present the minor and U-21 medals.

Our photographer Julie Anne Miller was in the Heritage to capture some of the style and you can see a selection of those images here.

SEE ALSO – My Club and I: Soccer star gives the background on Stradbally Town