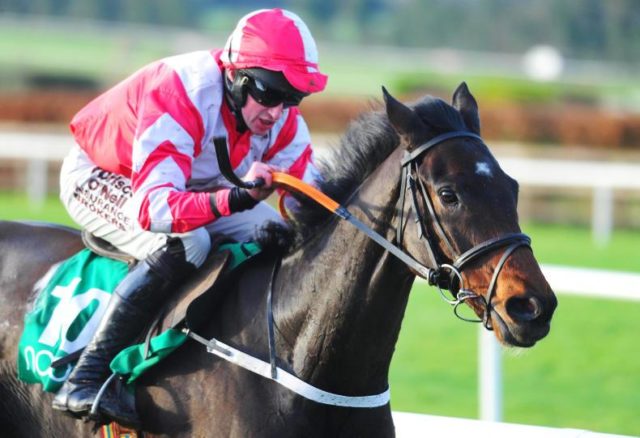 There was disappointment for one Laois Cheltenham Gold Cup hopeful in Leopardstown today – but hope for another following a dramatic day of racing at the inaugural Dublin Racing Festival.

Our Duke – owned by the Cooper Family Syndicate from Coolrain – finished fourth in the feature race, the 3.35pm Unibet Irish Gold Cup.

The Jessica Harrington-trained 3/1 favourite saw his chances fade when stumbled at the second last fence and although he battled on bravely, he finished fourth behind Djakadam, Outlander and the Joseph O’Brien-trained JP McManus horse Edwulf which was returned at a price of 33/1.

Our Duke – which famously won the Irish Grand National in Fairyhouse last Easter – was making its first appearance since a back operation. He had disappointed in Down Royal in November but underwent surgery afterwards.

Earlier in the day, there was success for Total Recall in the 2.30pm William Fry 3m Handicap Hurdle.

Total Recall is owned by the Slaneyville Syndicate which includes Monsignor John Byrne, the Portlaoise-based priest. He justified his 11/10 favourite status to return a comfortable winner under Paul Townend for trainer Willie Mullins.

Our Duke’s price for the Cheltenham Gold Cup has now lengthened to 14/1 from 8/1. Total Recall remains at 16/1.

Elsewhere, there was no luck for Vicarstown owner Kevin Miller whose 25/1 shot Polar Present finished down the way in the Mares Handicap Hurdle.