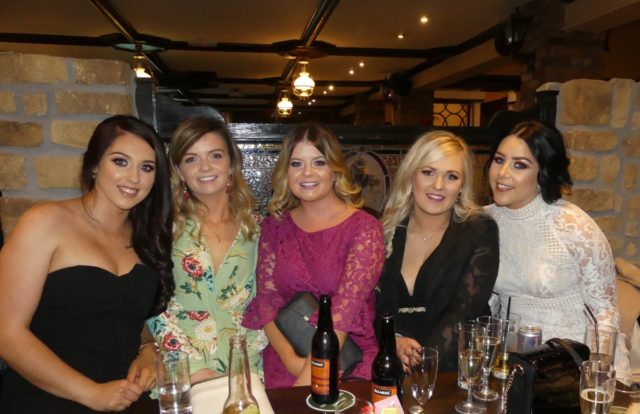 It was an exciting night for the people of Camross as they celebrated the extrodinary year 2017 brought them.

Camross GAA had a lot to celebrate as they held their Dinner Dance on Saturday night.

Close to 300 people gathered in The Racket Hall in Roscrea for their dinner dance and the main function room was filled to fit the theme of the night in the black and amber colours.

The sliotars and hurls were left behind for one night only and replaced with a more elegant attire.

Camross had a busy night of awards as 2017 proved to be an exceptional year for them.

An impressive display of the clubs victories took it’s pride of place in the main function room.

Music played in to late hours by DJ Shane Reynolds.

Camross will also be hosting their Juvenile awards next weekend in the community hall.

Capping off a fantastic season, the club is already back training and ready for the 2018 season.

LaoisToday was there to capture the atmosphere so check out all the photos from the night.

SEE ALSO – In Pictures: All the glitz and glam from Trumera GAA Dinner Dance