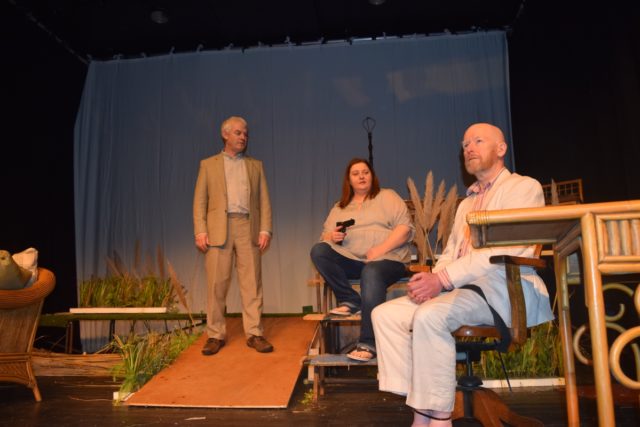 Mountmellick Drama Festival is back for its 28th season and promises to thrill and excite again this year from Friday March 9 to Friday March 16.

Eight of Ireland’s finest amateur drama groups will compete for points to qualify for the RTÉ All-Ireland open finals in Athlone or the confined finals in Carnew.

Season ticket holders will also have the delight of being entered into a draw to win a three course dinner for two in Ballyfin House hotel.

Schedule of events
All performances start nightly at 8pm

Monday March 12: Nenagh Players – “Duet for One” By Tom Kempinski

This year there is a mix of old and new with many genre of play, so if it’s comedy or high drama you are after – there is something for everyone.

The adjudicator for this year is Martin Maguire. This is Martin’s first time to Mountmellick but he is very well experienced and respected by groups and festivals alike.

Tickets cost €10 nightly with season ticket holders paying €50 for the whole event. Tickets will be available on the door and concessions and group bookings are available.