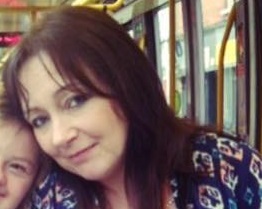 The woman killed in a two-car collision on the N80 road in Ballickmoyler on Friday night has been named as Joanna Doyle, a 48-year-old mother of four, from the nearby townsland of Cloneybacon.

“An absolutely terribly tragedy, she was a lovely lady and a great mother,” said local councillor John Moran who knew the deceased.

“She was a neighbour of ours, and our granddaughter is best friends with one of her children, so it’s just a terrible situation.

“Her children are aged from 13 up to their early 20s and she has a teenage daughter with special needs that she looked after full-time. It’s very tragic and my thoughts are with the family at this awful time.”

The fatal accident involved a two-car collision that killed the 48-year-old woman on the scene at about 10pm on Friday night close to SB Steel in Ballickmoyler on the N80 road between Stradbally and Carlow.

The second driver, a man in his 40s, was rushed to Tullamore Hospitals with serious injuries. He remains in an induced coma in hospital.

The road remained closed on Saturday morning to allow for a full Garda investigation.

Anyone with information is asked to contact Portlaoise Garda Station on 057 8674100.