The side, managed by Trevor Riordan, Mark Nichol-Waugh and Aidan Rowan, were crowned champions after an emphatic 10-0 win over Killeshin FC.

Wolfhill were edged out on promotion by a one point last year and after a slow start this season, they picked up dramatically and have won this Division at a canter.

They are currently 11 points clear of St Fiacc’s B who are second and were presented with the trophy on Sunday.

With players from St Joseph’s, Arles, Crettyard and Ballylinan, this is a team comprised of Laois lads.

The side have shown tremendous commitment this year and a representative from the Carlow League said they were the only team to fill all 16 names on the match card for every game this year.

Trevor Riordan’s side are not finished here either as they are hoping to add two more trophies to their haul by the end of the season.

They are in the last 16 of the Division 1/2/3 cup this weekend where they will face local rivals Crettyard United B.

And Wolfhill have also reached the semi-final of the Division 3 Cup where they will face St Fiacc’s B – a side they have already beaten twice this season. 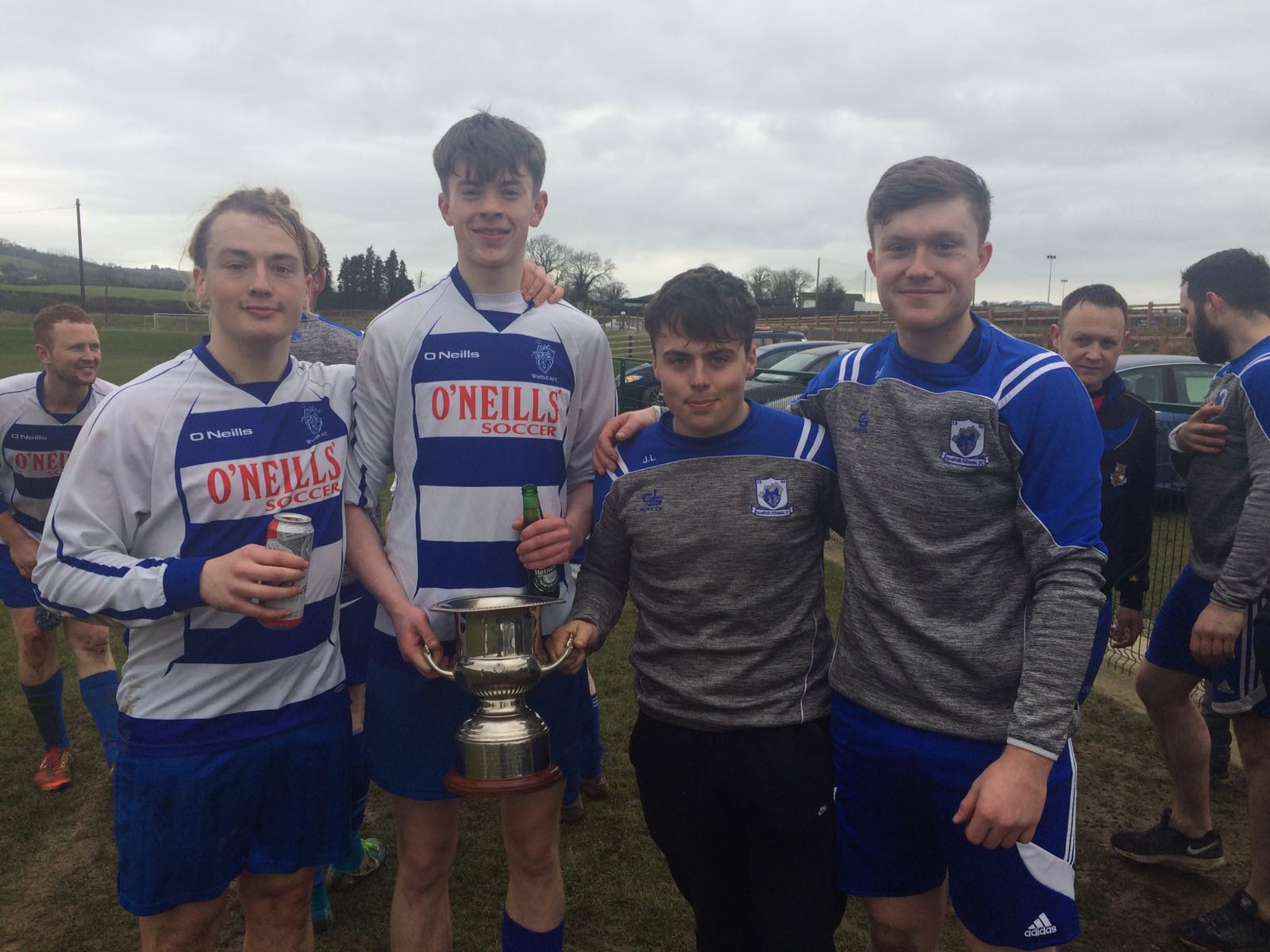 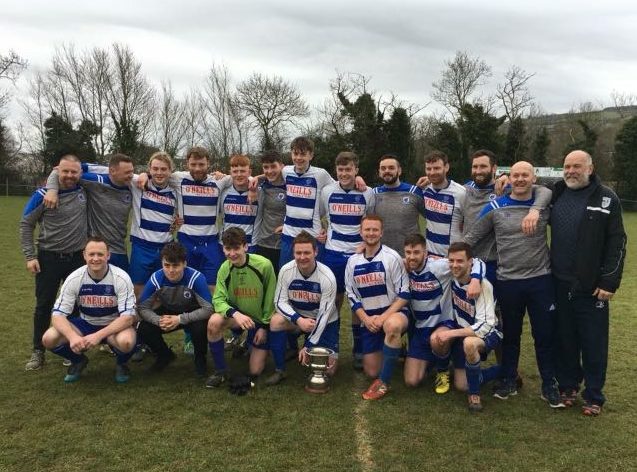 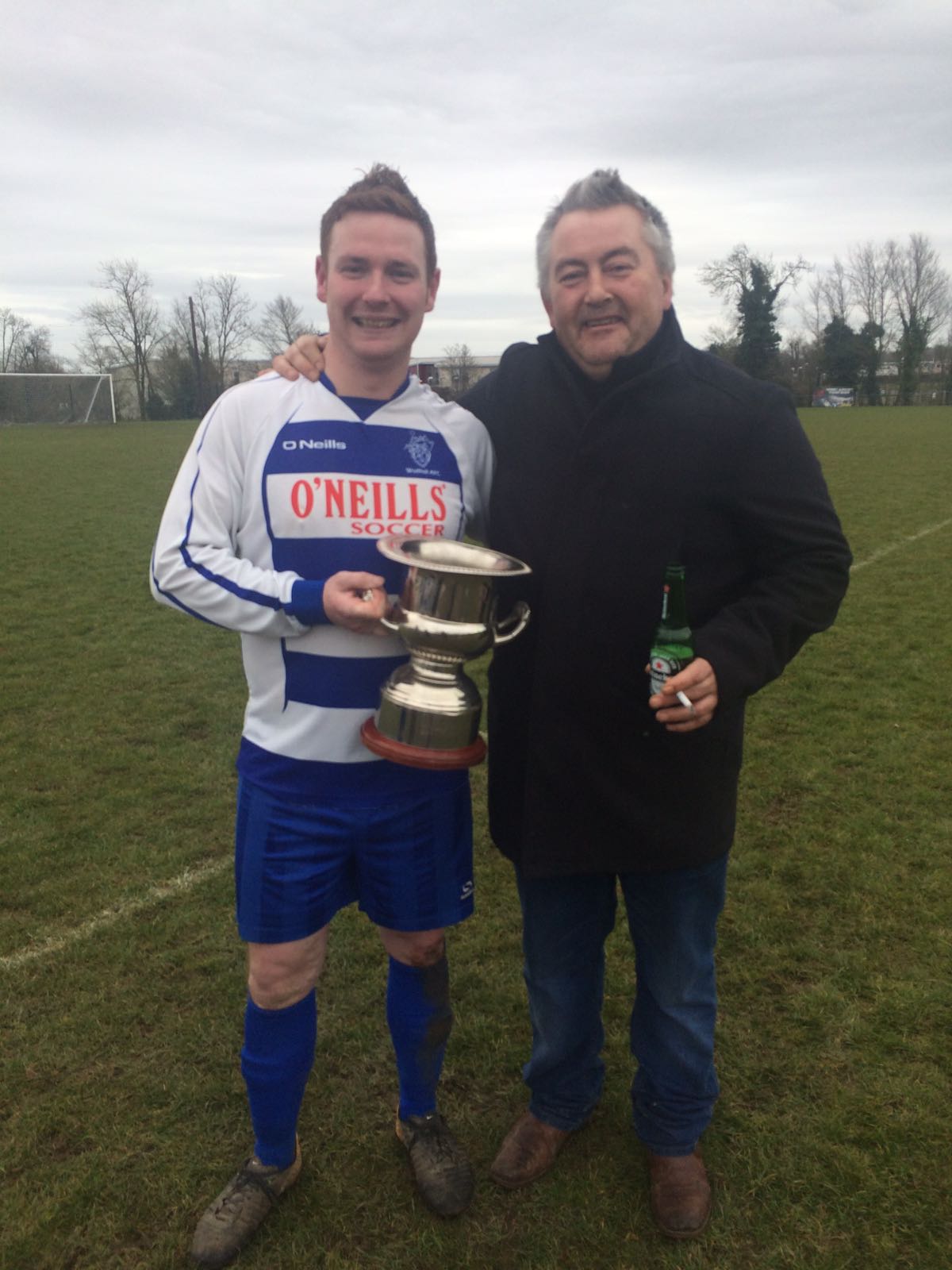 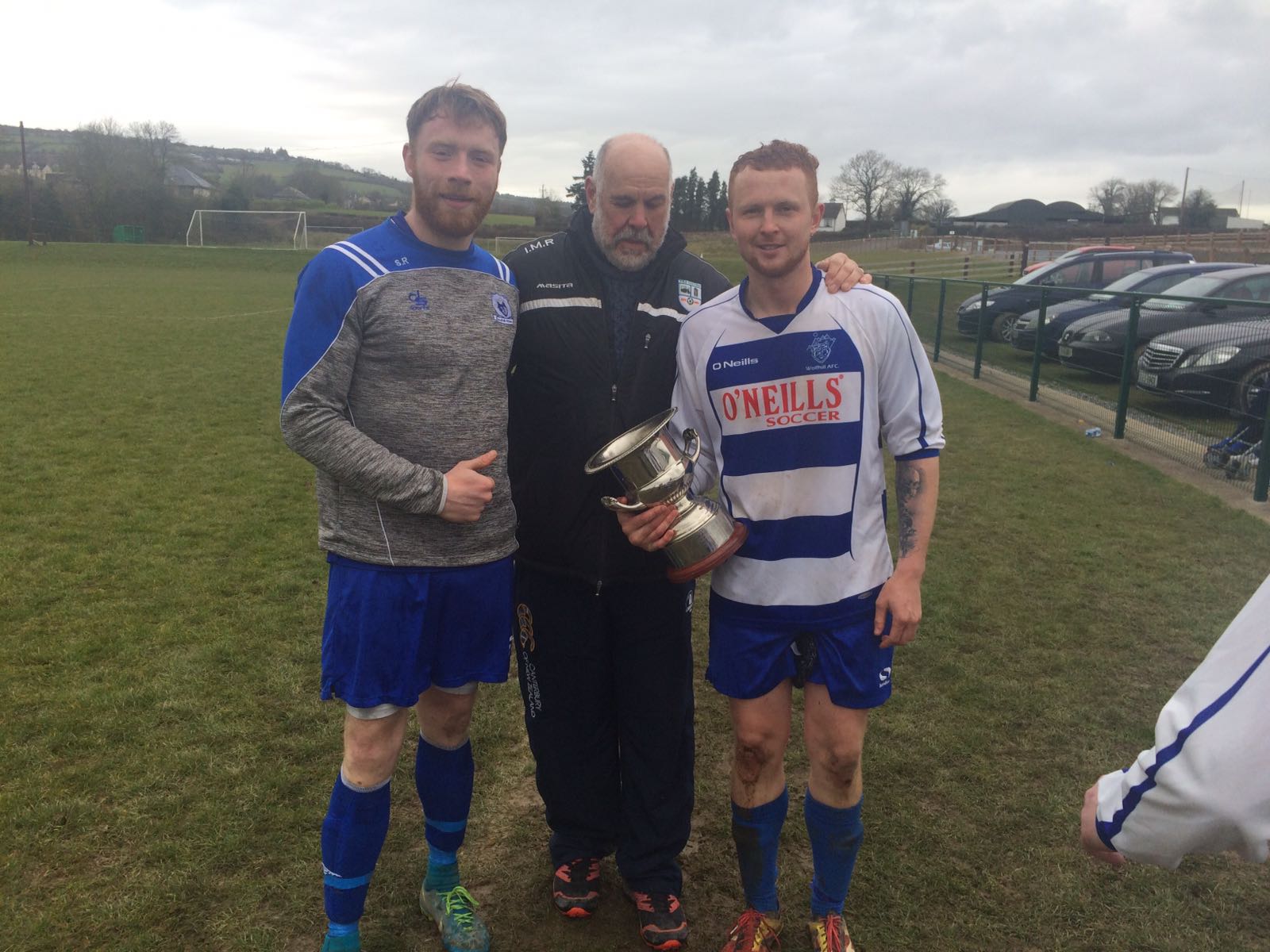