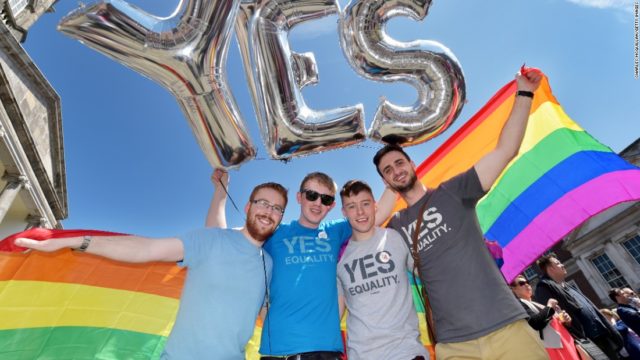 The Central Statistics Office (CSO) has released the marriage figures for 2017, showing seven same-sex marriages in Laois while it also indicates a drop in the total number of marriages last year compared to the 2016 figures.

Of those 342 marriages, 335 were opposite sex marriages with the remaining seven marriages were same-sex.

Laois are ranked 12th in 15 Leinster regions, ahead of Offaly who had 311 total marriages, and below Carlow who had 347.

There were 35 less opposite sex marriages in 2017. Breaking down the 335 marriages showed 235 were Catholic ceremonies, 15 were Church of Ireland, 15 spiritualist ceremonies, 18 other religious denominations, 22 humanist, while 30 were civil marriages.

Only Longford had lower figures in Leinster while Offaly had more same-sex marriages with the same number of male same-sex ceremonies.

In the CSO report, Ireland had a slight drop of 1.43% in the total number of opposite-sex marriages with 21,262 in total.

The average age of the groom is 36, while the average bride’s age is 34. Same-sex males average age is 40 while female average is 41 years old.