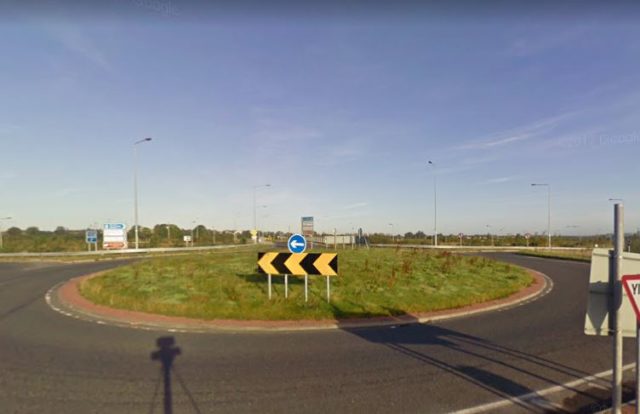 Following the tearing up of roundabouts around the M7 in Emo, some Councillors have called for the installation of CCTV cameras to deter the wreckless joyriders carrying performing the vandalism.

Cllr Tom Mulhall brought the issue up at the latest Graiguecullen-Portarlington Municiple District meeting, complaining that car are driving onto the roundabouts and cutting up the grass at the Emo exit from the M7 motorway.

He added: “They spent a lot of money on these roundabouts, but the problem is joyriders and acts of vandalism. The roud is scenic and the roundabouts are very well kept, but joyriders come along and spin around on them during the night.

“They are not seen and it’s only when residents get up in the morning that they see the damage.”

Cllr Mulhall said that the grass on two of the roundabouts was very badly cut up earlier in the month and has asked if Transport Infrastructure Ireland (TII) could install cameras or other preventative measures to stop future reckless actions.

Cllr Ben Brennan also supported this motion, adding that the design of roundabouts in some cases is “ridiculous”, particularly in areas around Graiguecullen.

Senior engineer Farhan Nasiem confirmed that the Council’s roads department would write to the TII, seeking the installation of cameras or other preventative measures on the M& junction 15 roundabouts.