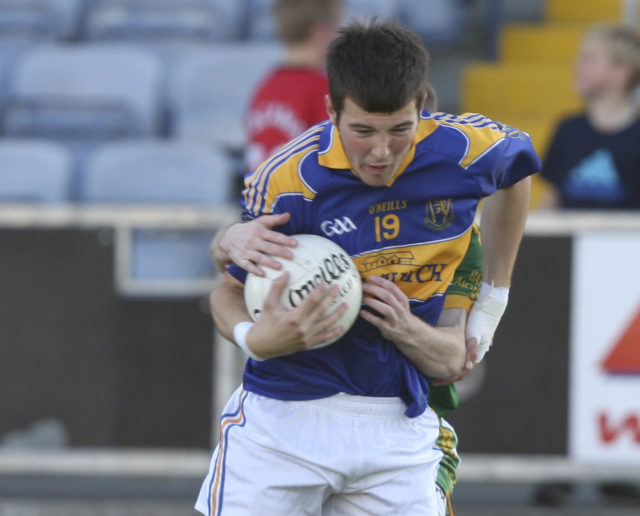 Ballylinan, inspired by county man Gary Walsh, looked to be on their way to their first league win this evening before a late St Joseph’s rally and an equalising point from Mick Keogh saw the neighbours and rivals finish level.

The result maintains St Joseph’s unbeaten start and puts them joint level with O’Dempsey’s at the top of the table while Ballylinan move off the bottom.

In front of a big crowd in Kellyville, St Joseph’s led 1-3 to 0-2 at the break, their goal coming midway through the half after a mix-up in the Ballylinan square after a long ball in.

Ballylinan had the aid of the wind in the second half and with Walsh showing great accuracy from frees and play, Ballylinan over took St Joseph’s.

But the home side battled on and Keogh’s late point earned a share of the spoils.

There was another local derby in McCann Park this evening when Portarlington and O’Dempsey’s met for the first time since 2011.

But it’s the Killenard men that claimed the bragging rights thanks to an impressive second-half performance that sees them remain unbeaten and claim top spot in Division 1A.

Port’s top scorer was David Murphy with 1-3 while Ronan Coffey hit 0-5 in what his his debut senior season.

O’Dempsey’s are at home to Stradbally next Saturday while Portarlington travel to Portlaoise.