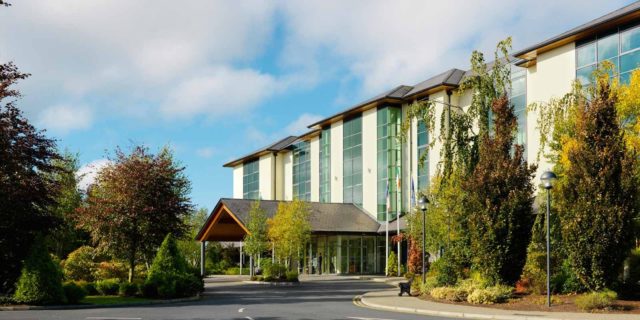 One of Laois’s best-known hotels has been put up for sale by its owners, who only own the property for just under a year.

The five-star Heritage Hotel and Golf Resort was first built by The Heath native and property developer, Tommy Keane, and it opened its doors in June of 2005, alongside the Seve Ballasteros designed 225 acres 18-hole golf resort.

Following the economic crash, the property fell into receivership and in 2014, the hotel was sold to two men, one of which was a video game developer Adrian Carmack. He was the creator of famous games such as ‘Doom’ and ‘Quake’.

They purchased the hotel separately to the golf resort, costing him well above the €5.5 million guide price that was placed on the property. The golf resort was sold to a US-based consortium for a figure around €2 million.

Recently, the hotel which consists of over 90 bedrooms, was put on the market with a reported guide price of €9 million.

The property will certainly be an attractive investment for potential buyers, with the hotel hosting over 60 weddings on average a year, as well as various national and international conferences.

It is also a popular spot for celebrities, especially stars that perform at the electric picnic.