An award-winning Laois theatre-maker has given a very honest account of her own personal story as she campaigns in favour of a Yes Vote in the forthcoming Eighth Amendment referendum.

Louise White, originally from Abbeyleix, says she was nervous to text her friends on the issue.

“We grew up in Laois and went to a convent in the 90s. All have children. All have different politics and world views. I was honest about my own story. All 11 say they will vote yes,” she outlined on social media.

She says she has been out canvassing for the past few weeks in her constituency.

Explaining her decision to go public, she said if she felt comfortable knocking on strangers doors then she should have a conversation with those close to her.

“Some of you know,  I recently started to speak about an abortion I had in my 20s. I was so scared at the time and filled with shame. I was worried that anyone who found out would think I was a terrible person and that my family would be disappointed with me and I would be rejected,” she said.

“It petrified me. When I told my mam last year she was nothing but compassionate and was just so sorry she couldn’t support me during a difficult time,” she said.

She outlined her reasons for advocating a yes vote.

“It should be each woman’s decision. And it is never an easy one,” she said.

The Referendum on the repeal of the Eighth Amendment will take place on May 25 of this year. 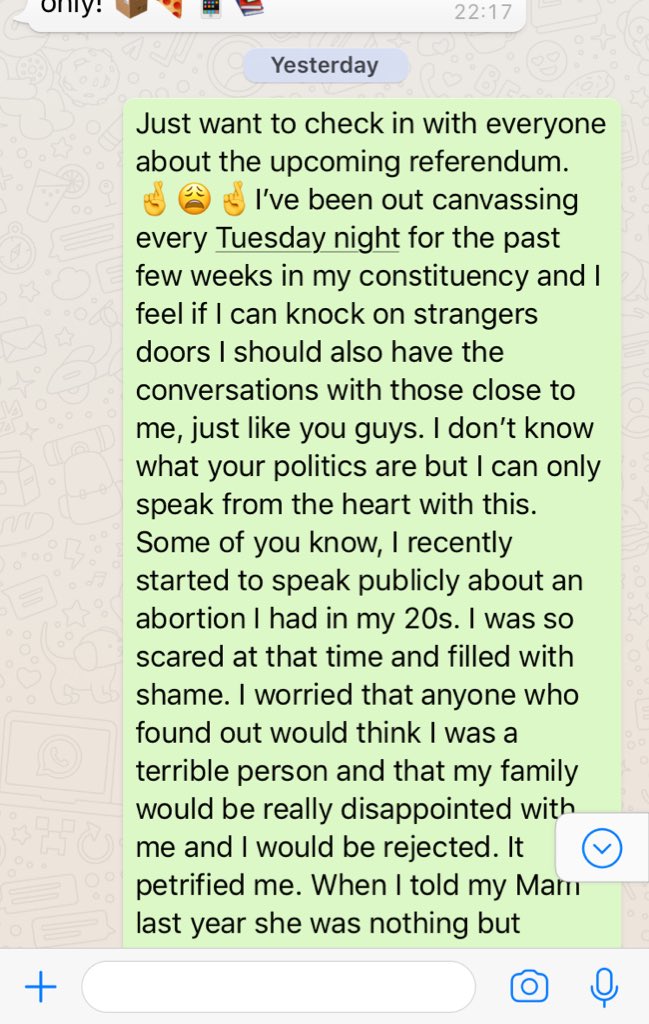 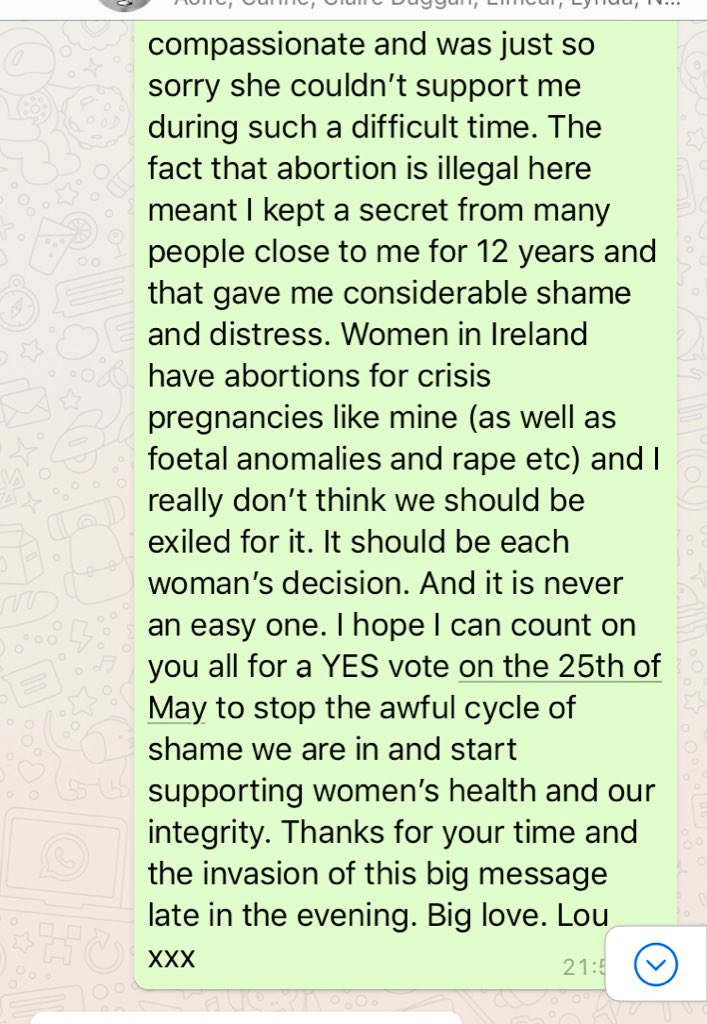 The referendum will ask the electorate if they want to repeal or retain the amendment, which recognises the equal right to life of the mother and the unborn.

Further information is available from www.refcom.ie